A secular system is one where people occupy more importance than any centuries-old scripture and where their fundamental human rights are guaranteed. In a secular state there is no discrimination amongst citizens on the basis of their faith. All citizens are treated equally in the eyes of law. As much as it may hurt most conservative Muslims I don’t have one iota of doubt that without secular values a state can never progress.

Why can’t a nation progress without secularism? Well, it is not quite difficult to understand. While many people happily enjoy Western products and send their children to those very countries for better education, they do not reflect on the root cause of the success achieved by Europe vis-à-vis the decline faced by the Islamic world on the same scale.

There are plenty of reasons why Europe is more successful than us today. We can argue that vast industrialisation and technology contributed majorly towards it. However, the main reason lies in the separation of the church from state affairs.

Imagine a country where we teach our children science in the classroom but everywhere outside religion drives the lifestyle, choices and attitudes. The same paradox can be seen in the education sector itself. How then can science flourish in this environment? For technology and industrialisation, one needs an environment where science and research are nurtured and nourished. No country can give its people rational education if religion is still involved in the business of state. For science to progress, we need a society where everything, including religion itself, can be questioned, analysed, dissected and criticised based on logic and reason. Secularism thus paves the way for progress in science.

Without secularism, competing with the modern world is merely a pipe dream. We can easily see how much the West prospered after separating the church from the state and how the Muslim world, where religion still continues to a play a role in state affairs, has remained unchanged.

Sadiq Khan, a Muslim, was recently elected as the mayor of London, the largest and the most populous city of United Kingdom; in Muslim countries minorities do not even have equal rights. Many Pakistanis were celebrating the victory of Sadiq Khan, not realising this was not their victory. Sadiq Khan is a Brit and this is the victory of secular democracy, where people can hold important positions while being from a minority. We have no right to celebrate because in our country minorities are treated like second-class citizens. Recently an old Hindu man was beaten up by the police for eating in the month of Ramadan.

The International Human Rights Rank Indicator (IHRRI), which combines scores for a wide range of human rights, is produced by the Global Network for Rights and Development (GNRD). As of 11 October 2014, all Muslim countries have a human rights rating less than 53%, with the notable exception of the UAE, whose rating is 71.74%.

So whenever the West elects a Muslim representative, there is no need to gloat about it because it is not something to feel proud of — rather it is an occasion to weep and to reflect that if the West can elect Muslim representatives then why can’t non-Muslims occupy important positions in our societies? This is the thing that distinguishes the West from us. While we continue to judge people on the basis of their faiths, the West has moved beyond religious discrimination.

The West is great not because it is the “West” but because the West respects fundamental human rights and liberties. If the East starts doing the same, there is no reason why we can’t prosper. Some of my Muslim friends whine that Islam provides freedom to all minorities and in a state governed by Sharia law, minorities’ rights are guaranteed. This is actually not true, because those countries usually implement the interpretation of one particular school of thought. When you do so, other sects are automatically considered as religious minorities. For instance, in Saudi Arabia, Shias have very limited freedom. In Iran, Sunnis don’t enjoy the same rights as Shias.

When you cannot treat all the sects of Islam equally then how can you even claim other religious minorities in an Islamic state would be considered equal citizens? Considering the present situation of Muslims when Islam is divided in many different sects, which version of Sharia would be universally accepted by all Muslims? It is inevitable that Sharia law would open the doors to more religious differences and conflicts among Muslims.

At such a critical time when Muslims are divided into so many sects, with each sect claiming to be following the only true Islam, it is only secularism that can ensure neutrality in the affairs of the state. Hence, secularism is in the benefit of the Muslim communities. Only secularism can guarantee that each sect can continue to practice its rituals without any hesitation and without anyone’s interference.

There are certain designated values that makes a person secular. A secular person is the one who believes in the separation of church and state. He or she believes in a state free from religious interference and where all the communities irrespective of their faiths, profess equal rights and are treated equally in the eyes of the law. By believing in this principle, he or she actually favours fundamental human liberties before various doctrines.

I have come across people who claim to be secular but at the same time support and defend the fanatics of their own sect. If you demand secularism in Pakistan because you belong to the persecuted Shia community but support and glorify the theocratic Iranian state, then you cannot be secular. You are just an opportunist. If you claim to be secular then you must demand the implementation of secularism, whether you are a minority or majority. Otherwise you will be as secular as Al-Qaeda is when compared to ISIS. 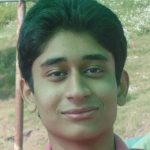