Virginity. What this word means to you is subjective: you might consider it no issue at all; you might be eager to lose it; or if you’re religious and traditionalist, you will wait until you’re married. Islam is famous for its promises of 72 virgins in heaven, for its strict religious rulings such as veiling, segregation, FGM and punishments of hellfire and lashes for a person if they have pre-marital sex.

Virginity is neither precious or honourable. It is a social and religious construct. Virginity applies to both genders, yet we see in Islam it is primarily the woman who is tasked with preserving her unblemished virginity. My point is, heavy emphasis on virginity leads to, in part, a sexist culture, dehumanisation of women, abhorrence for sex, and the extreme negative degradation of those who have sexual freedom.

In Islamic-influenced cultures, women who do not conform to the ‘pure girl’ expectations are disowned, humiliated and deemed whores. All for following sexual freedom. It’s quite obvious to me that this antagonism stems from the expectation of girls to remain good little chaste virgins until they marry a suitable match.

Losing your virginity consensually is a personal, individual choice and should not be condemned. Not only is the norm of losing virginity in only within marriage an old-fashioned in today’s 21st century, it’s irrational. Sex is primarily an act to reproduce and for pleasure and Islam twists this to become an act in which a woman is degraded, violated and made to feel guilty. For example, in verse 24:2 of the Qur’an, pre-marital sex between two people warrants blatant pain and public humiliation of a hundred lashes. It twists pre-marital sex into an evil act, practised by perverse immoral infidels, not Muslims.

The logic behind glamourising virginity for me is like the holy grail — it cannot be found. In doing so, you applaud naivety and inexperience over those bold enough to follow the euphoria of sexual freedom. May I ask, what is so superior about a pure, untainted hymen? That’s all you degrade women down to, how pure you are, how sexually innocent you are. The most defining thing about us is not our intelligence, good personality, it’s how much flesh we can cover and our pristine hymens. 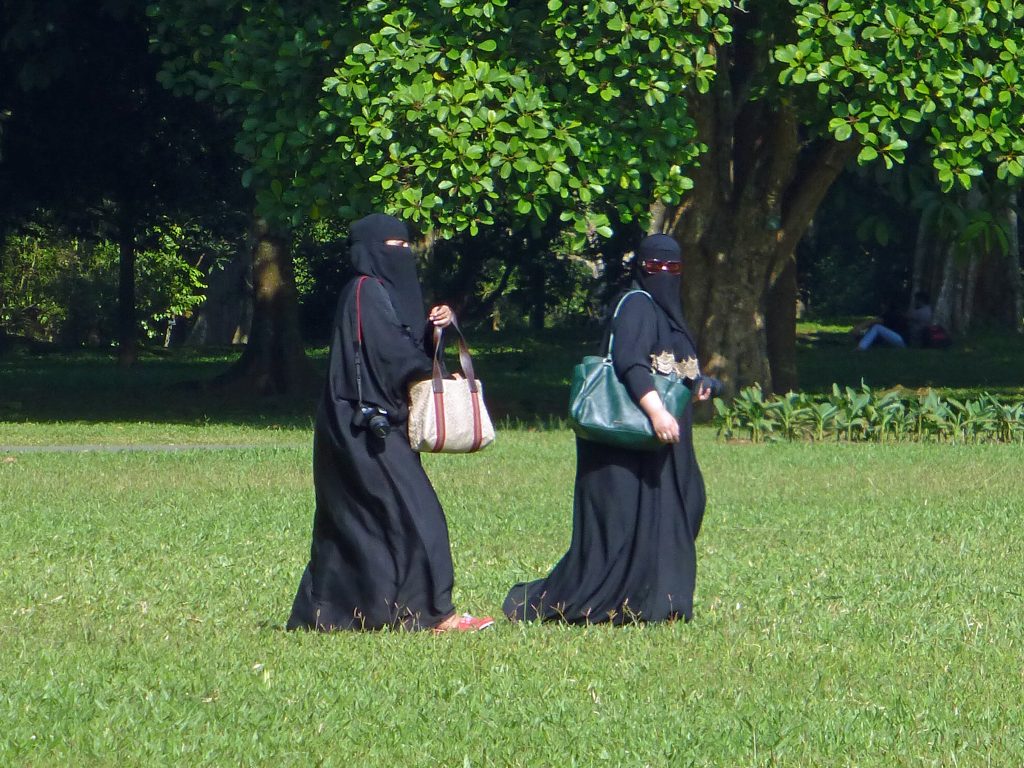 The niqab’s origin isn’t Islamic. Non Arabian women used them if they were upper class as a political and social statement. Muhammad transcended that to the irrational logic of veil, so you can be protected from sexual assaults (verse 33:59 of the Qur’an). Muhammad was not a feminist — he introduced so many sexist concepts for women. It is he who created Islam’s eventual culture of slut-shaming and prizing virginity, whilst offering rewards of virgin women in paradise to tempt men, thus increasing his followers.

This shows that this obsession with virginity was triggered by male dominance, sexual greed and desires, that the male’s ego will be safe in the fact he will be the first male ever to claim her, to lie with her, to give way to primal tribal boasting. Yet men do not veil themselves; the condemnation of women who do not veil is churned out by men and women alike.

A woman’s virginity extends to her whole family. If it’s broken before marriage, she has disgraced the family name and honour, she has embarrassed her male relatives, she has allowed her community to gossip and slander, thus making her father a social outcast. The name is tainted. A woman’s vagina has the power to bring down the order of the family, community and social hierarchy. Is it any wonder they demean us so much?

In Sudan, Egypt and Somalia, little girls’ genitals are mutilated. Why? To keep them pure and to restrict sexual pleasure so they won’t be led astray. They cut the clitoris so as to deprive them of any sexual pleasure and make them less inclined to cheat on their husbands. The pain and blood of these girls does not matter if it entitles their virginity. Whilst this is a tribal and cultural issue, it has some basis in Islam, as three of the four schools of thought advocate it, and point to hadiths to justify their actions.

In Saudi Arabia, women are forced to veil and have a male guardian, with extreme segregation of both sexes to make a wholly chaste Islamic society. In Iran, women are banned from riding bicycles as it ‘contravenes their chastity’. In Pakistan, Qandeel Baloch was murdered in an honour killing in an effort to restore purity to her family, after she rejected to conform to the society’s outdated norm of women, and was unveiled and starred in raunchy music videos. This brought so much shame to her brother that he strangled her to death. Such an impure sister could not be allowed to live. He said later that, ‘She [Qandeel Baloch] was bringing disrepute to our family’s honour and I could not tolerate it any further’.

Virginity used to be a sign of female independence, as noted in the myth of the ancient Greek virgin hunter Artemis. However, this transformed into a whole new notion at the time of the Virgin Mary, where virginity became the ultimate desirable condition. Now blood-stained sheets are needed to prove a girl’s virginity on her wedding night, and if there is no blood, it is enough to lead to an honour killing to fix the family reputation. As a virgin myself, I say virginity is neither important nor special, and it does not entitle superiority on any basis.

Girls — know what matters more in life is so much more than sexual innocence or your unblemished virginity. As always, to the girls of the Middle East: be immodest; rebel; disobey and know you deserve to be free.

Serena is a freethinking ex Muslim atheist who cares and fights for women’s rights, secularism and freedom from oppression.