“Don’t tell them you took me to Church yesterday and for God’s sake, don’t bring up Christianity.”

These were the words hissed at me a few years ago by my mother, as we prepared for the onslaught of relatives coming over for dinner. If I am spending it with my mother’s side of the family, then this is how the standard Christmas Day begins — and this conversation sets the scene for the rest of the day.

For those of you that are wondering, I left the religion that was assigned to me by my family at birth — Islam — when I was 19, and I was halfway through my first year of university. I found several different flaws with its teachings and had several objections to various parts of the Qur’an. I discovered Christianity a year later when a friend casually asked if I fancied going to a church service. I went on to explore it until, finally, I was baptised in December, 2014.

Yet, year upon year, unless I can escape, or my mother gives in to the begs and pleads of keeping the occasion as an intimate family affair, I will be paraded out in pre-approved ‘safe’ dress code and forced to alienate myself for the day from the religion that it is focused around.

You’ll see the adverts on television: smiling family around a table carving into a turkey with glitter in every corner, before they go and play charades and have a piano recital by the fire. Okay, that’s probably an exaggeration, but you’ll hear the sentiment over and over again that Christmas is about family.

The problem is, when you are forced to pretend to be something that you aren’t, because leaving your religion is seen as unacceptable and shameful, the emotional and mental stress of having to hide a part of yourself takes its toll, and the frustration is enough to drive you slowly insane.

I’m lucky in the sense that my family have probably guessed that I’m no longer a member of their religion, and as much as I am told not to tell them, I won’t be disowned, harmed, or worse, killed, but many of my fellow apostates will struggle this holiday season having to conceal their other life from their families, for genuine fear of one of the things listed actually happening to them.

Let’s not forget the apostates whose other lives have been discovered — one can only imagine the pang of loneliness felt having been disowned and being constantly reminded that the festive season is a time for unity. One can imagine that the Christmas card image of family unity has a bittersweet taste when your own family do not wish you to be part of theirs.

Life as an apostate has its problems, but at Christmas, it is a particularly difficult time. 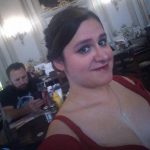 Zara is a 24-year-old ex Muslim, now Anglo Catholic. Having left the religion of Islam, her aim is to provide an honest picture to outsiders on being in and out of the Muslim religion, and talking about both the good and the bad.

2 thoughts on “Being an Apostate at Christmas”