This is a cross-post from Daily Times

Why does the State not take it upon itself to pursue cases of sexual assault? Does the fault lie in the judicial system or is it a deeper malaise? A child is full of curiosity, wonder and excitement when he or she opens their eyes into this new and alien world. A child who learns to walk by holding their parents’ hands and then later takes their first steps towards formal learning in educational institutions is a vulnerable being who is dependent upon external factors. These numerous factors shape a child into becoming a fully nourished, mentally and emotionally healthy, and stable individual.

However, at times, certain catastrophic incidents occur in an infant’s or in a young child’s life that prevents them from flourishing into an emotionally healthy and stable individual. One such incident is an evil that has been prevalent in our society for decades, but doors and windows have been shut down upon this matter, letting it remain a dirty, hidden secret forever. People have been afraid to voice, pen, and even debate the issue of child molestation in Pakistan that has been secretly occurring behind the forbidden fabric (no go area) of our society.

The reasons for sweeping this social dilemma under the rug in Pakistan are numerous. For one, people of certain religious backgrounds, a large majority of our masses, are offended by anything that has the slightest mention of “sexuality” or crimes related to sex. Similarly, even rape is considered as a crime, which should not be spoken of. Instead, innocent victims of this crime have to endure shame and embarrassment. They are even victimised by the police, since our law enforcement departments are neglectful in proper accountability of the perpetrators, as a result of which the victims suffer harassment.

I had the opportunity of interviewing many people from different social classes who have confided in me about their tragic experiences. The evil of child molestation is a disease, which is not limited to the lower rural or uneducated classes. Many incidents have taken place amongst educated, upper-middle class segments of our society.

I set out to interview some of the survivors of this heinous crime, who have struggled through life, and here is what they had to say on this matter. The names of these individuals have been changed and shall remain anonymous for their privacy. They deserve an award for being brave enough to tell of the emotional and mental traumas that they endured and sustained, and which eventually followed them into their adult life. This hijacked their innocence and mental consistency of living a normal life, and many of the victims even underwent psychological treatment for erasing its deadly after affects.

Miss A, is a 25-year-old resident of model town (a posh area of Lahore) and at present she is studying for an MBA in a reputed institution. Her story is as follows:

“I was 7 years old when an uncle (from my mother’s side) — my real blood uncle — molested me. One day when my mother was out of town and I was alone with him, he asked me to sit on his lap and he began to touch me in places, which he shouldn’t have, telling me he would give me candy if I play this ‘game’ with him. The incident carried on until I was 10 and I never told anyone because I was afraid my mother wouldn’t believe me.

I was so young and naïve to have even known that he shouldn’t have touched me in such places. Later when I grew up, I realised how sick it all made me feel. I still have nightmares related to the incident.”

Another victim is Master B, who was a pupil at a local madrassa, aged 13 years. He told me:

“My mother had enrolled me in a madrassa near our home for the memorisation of the Holy Qur’an. My tutor was considered a highly knowledgeable scholar of Islam and was quite reputed in the area. People respected him but they didn’t know his true face. He would tie me up in a separate room on the back of madrassa class rooms and strip my clothes off and molest me, telling me that I was a naughty boy who did not learn my lessons, hence he was punishing me. I told my mother but she did not believe me and said that I was making lame excuses because I did not wish to study. After months of being a silenced prisoner and bearing abusive torment by him, I ran away to another city. I do not wish to go back to my mother either or anywhere close to that city where that monster dwells.”

Usually, judging from the real-life interviews I have collected, the perpetrators are either close family members or have close links with the families of the victims. They happen to be well aware of the environment of the child’s house, thus cleverly choosing their victims and silencing them forever. Sadly, the victims go through many ordeals, unable to function as healthy adults.

Sarah is 25 years old, and she tells of being molested at the age of nine by none other than her own blood relative. It was her grandfather who mercilessly stripped her of her childhood innocence. “I trusted him”, she said, “He was after all my grandfather. He used to tell me stories every night until one day he started touching my private parts and told me not to tell mommy”.

I asked Sarah why she didn’t tell her mother. She replied, “I was afraid. I didn’t know anything at that time and I thought my mother would scold me instead and not believe a word I said.”

Hardly any of these child abuse survivors grow up without having to deal with any unresolved trauma issues. The mental-emotional dilemma in most cases follows and haunts them into adult life. Amir and Amina, amongst others, have been seeing psychologists for many years to remove the deep-rooted scars upon their minds that were inflicted by child abuse.

Many of them are dealing with severe trust issues, unable to trust strangers and even themselves. Excessive indulgence in drugs and depression is also common amongst the victims. The outcome is always bad.

“Whenever I see an old man with a beard who slightly resembles my grandfather, the entire episode begins to repeat in my mind and I become frightened of strangers who have a beard. It’s anxiety that I’m dealing with. Somehow, I get apprehensive whenever I see someone who resembles him; it’s a phobia I have developed as a result of my childhood incident”.

The psychological trauma sometimes comes to haunt them in higher magnitude later in life. A huge responsibility now lies on the shoulders of parents to form a relationship with their child in which the child is never afraid to confide anything of this sort. Teachers and schools must also play a part in developing awareness in young kids about “unwelcoming, physical touch” whether it is of a stranger or a family member. Kids should be taught that any touch to the body is not allowed. Children should be able to confide in their caregivers without any hesitancy or fear at all. This society currently lacks and must pay attention in grooming this awareness in children and their parents. 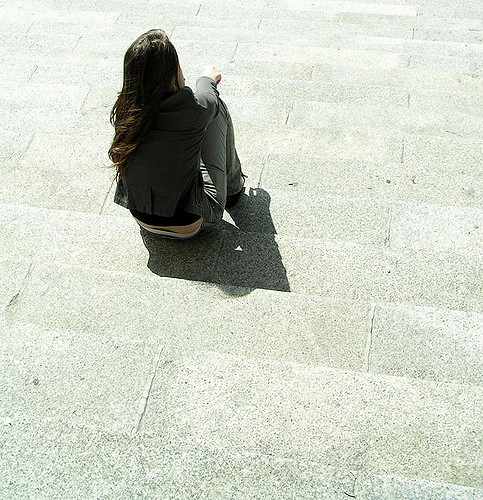 We need to open our eyes now instead of sweeping the dirt under the rug. A number of unknown cases of child abuse occur every year in Pakistan, many of which are officially unreported, so no one can tell the actual figures in digits and numbers. But according to a rough estimate it is around 28,000 assaults on a yearly basis.

The majority of them occur within our school systems and families; however, they go unreported. Whereas, many of the perpetrators, who are sinners, go unpunished. This dire issue shall go unnoticed until these molesters have no fear of any consequences of their heinous acts. The responsibility now lies upon parents, teachers and social workers to enlighten kids upon this matter and make them aware of “unwelcoming physical touch” either by a stranger or a family member.

Sadly, in comparison to other welfare states, we reside in a land that is corrupt and our judicial system is flawed due to which criminals do not receive any penalty and remain free in society. A few days ago, I was having a conversation with a lawyer from the High Court who had a false sense of pride in our judicial system and stated that “our country has the best judiciary in the world and our judges are better than the rest”.

I was shocked at his ignorant stance. I, being a lawyer myself, do not have false pride in our judicial system. It is corrupt, flawed and one of the slowest departments in delivering justice. The justice system has hardly been fair to those who suffered injustice. This is just one example of the utterly false sense of pride that people wearing ‘black coats’ have of their profession. My rebuttal to them is that they go and check where our judicial system is ranked on the Transparency International Index. That might lift the veil of arrogance and misconceptions they presently hold.

There are not enough social workers and social activists who can go out and combat this issue or try to amend this biased judicial system. Those who try to voice their opinions and bring change are silenced.

A molester might presently be looming right around our neighbourhood, schools or within the safe boundaries of our homes, jeopardising the future and well being of our kids. How much longer will silence be fabricated to disillusion us from this harsh reality?

It’s time for a wake up call. It’s time we freed ourselves from the false notion that we live in an Islamic state where everything takes place within the specified teachings of Qur’an and Sunnah. It’s time we realised that within this so-called Islamic state many un-Islamic crimes are happening and dirty secrets are being kept hidden under the false pretext of Islam. It’s time to break the silence for the sake our children. 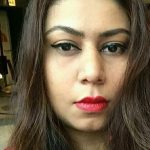 One thought on “State of Neglect: Breaking the Silence on Sexual Abuse in Pakistan”