The ban on full face coverings came into effect in Denmark on August 1. Hardly anyone is focusing on the significance of this decision in the age of terrorist attacks. Instead, a large chunk of people seem to have bought into the fundamentalists’ claims that this move was aimed solely to bar Muslim women from veiling their faces.

Non-Muslim protesters even wore burqas in ‘solidarity’ with Muslim women, standing on the wrong side of history by indirectly opposing the Muslim women who are defying the idea of full veil in countries such as Iran and Saudi Arabia.

Anyone fighting the Danish ban is not only willing to compromise the security of their fellow citizens but they are also endorsing the extremist men who want to alienate their female members, despite the full veil having no roots in core Islamic scriptures.

Now we have Conservative MP Boris Johnson — and the former British foreign secretary — who is being called an Islamophobe by the same hardliners whom he tried to defend by actually opposing the Danish ban.

The Johnson episode didn’t end there, as the Islamists and their mouthpieces in Britain later launched a tirade of criticism against him and his party, describing them both as ‘Islamophobic’ and demanding his expulsion from the party.

The burqa is not merely an item of clothing but part of an ideology, which looks down on women and seeks to enforce a patriarchal religious doctrine.

Johnson has just managed to put himself in the cross hairs of the campaign of fundamentalists who have been hell-bent to shut down any criticism on their anti-democratic practises as an attack on Islam. These radicals choose to ignore the fact that Johnson concluded his article by defending Muslim women’s right to dress as they please. He even refused to propose any ban on niqabs or burqas in Britain.

However, one should not forget that this wave of Islamism in Europe is relatively a new phenomenon; millions of Muslims representing the mainstream version of Islam had been already living in peace in the continent for decades if not centuries.

But the smear campaign against Johnson is as disingenuous as a sensational headline such as Denmark’s “burqa ban.” It was a full face ban over security concerns and was not directed towards a specific religious group.  As the new Danish law states, “anyone who wears a garment that hides the face in public will be punished with a fine”.  The words burqa or niqab were not mentioned in the law. Calling it a burqa ban is making an issue out of a non-issue.

Before criticising Denmark for banning face coverings for security reasons, one should remember that Morocco is a Muslim country and has a ban on full face veils, motivated by security concerns and a bid to counter radical Islam. Likewise, the Danish law is specifically aimed at countering security lapses and provide face recognition to the security services in the age of terror and mass killings.

The efforts of making a purely social issue a political phenomenon would bring no harmony in social discourse, but pander to the Islamists and their narrative and help them divide the society into “us” and “them.”

Claiming that the ban on full face coverings would alienate Muslim women is also a farce, as such women coming from these communities are already alienated from the rest of society — not by the government but their own men and their restrictive rules. 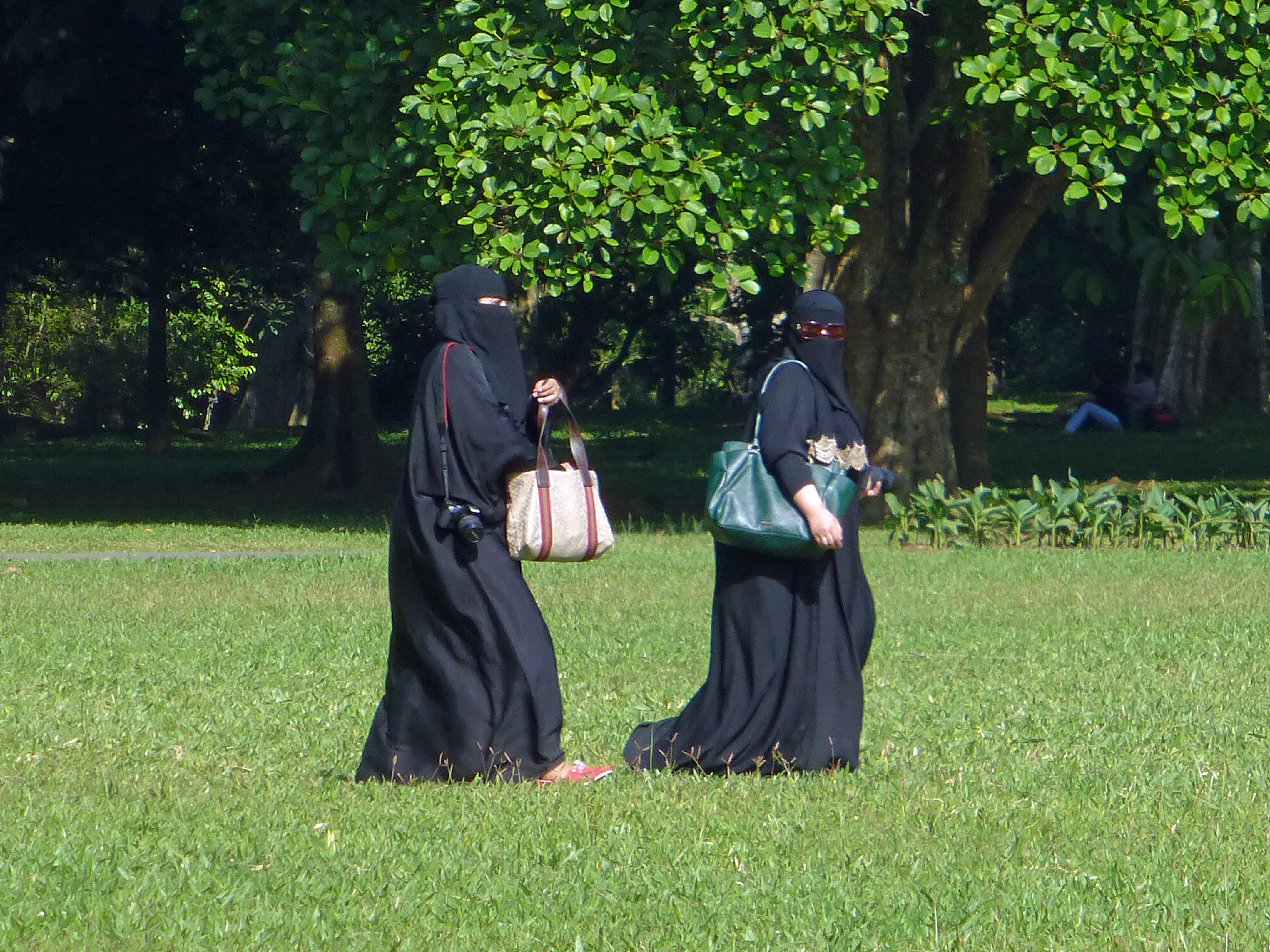 If anything alienates Muslim women from mainstream society, it is the ultra-conservative mores which are not even required by the religion.

This tiny extremist fringe has always been living in isolation, considering their fellow countrymen as infidels and morally corrupt while wishing to topple ‘tyrannical democracies’ in Europe and replace them with almost ISIS-like regimes.

This mentality to protect Muslim women from such moral depravity and repress their sexuality manifests itself in this  increasing trend of covering women from head to toe and police those who don’t comply.  The same goes with the children of fundamentalists — we see little girls unable to go swimming or wear swimming costumes and wear hijabs from a young age.

Many women claim to have chosen to wear the niqab or burqa but there are many who have been forced to do so. In such ambiguous situations, one should be looking up to the state to build a system in which a person’s freedom can be ensured.

For instance, there was a time when the sati ritual in India was a socially accepted funeral custom, when women would throw themselves on their husband’s burning funeral pyres. During their rule of the subcontinent, British officials themselves sometimes participate in certain ceremonies to promote ‘goodwill and cultural harmony’ with the natives, before someone pointed out the barbarity of the idea.

Thus British rulers in India wanted to ban sati despite the claims of the practitioners that women were happily throwing themselves on the burning pyres and that the ban was actually an infringement on the religious right of these women.  The ritual was banned by the orders of Queen Victoria in 1861. The Indian Sati Prevention Act from 1988 further criminalised any glorification of sati.

The moral of this story is that visionaries of a society are sometimes required to intervene in order to rescue the persecuted or marginalised sections of such societies, and that cannot be done without offending the oppressors of these people.