We are now in the month of Ramadan. Expect to see a mountain of the usual articles on refraining from earthly appetites between dawn and dusk. No caffeine fixes in the morning, no sandwiches eaten al-desko, and, for the umpteenth time, no water. But the repressed desire that gets far less public attention, especially for Muslim women? Sex. Especially the kind of sex that unmarried Muslim women have.

This is why it was so refreshing to read the comedian Sadia Azmat’s article on her sexual desires during Ramadan and beyond, as well as her history of previous sexual relationships outside of marriage. For Azmat is not only a nominal Muslim, but a practising Muslim woman who wears a hijab. And if there is one thing that unmarried Muslim women in their twenties and upwards almost never admit to in public, it is being sexually active.

There is still a significant taboo against premarital sex — and to a lesser extent, post-separation or post-divorce sex, for the many Muslim women who followed all the religious rules around marriage and courtship, abstained until their Nikkah papers and marriage certificate were signed, and then ended up getting divorced some months or years later.

This is why you will see plenty of articles from Muslims on how to find a “pious” Muslim marriage partner, on fasting to restrict one’s desires until marriage (not that this works on most people with a healthy libido!), on halal sex guidance (strictly for after marriage!), and even the fall-out from broken engagements (completely chaste and usually subject to parents’ approval to even get to that stage).

But the elephant in the room refuses to go away. There are thousands upon thousands of Muslim and Muslim background women in the UK who are having sexual relationships, with either no intention of marrying their lovers at all, or with a distant commitment to marriage in the future.

They have no wish to be rushed into marriage by their families or communities, or to be ostracised for making their own choices about sex and relationships. In the worst case scenario, some Muslim background women are actively harmed by their own families and communities for making these choices, as we have seen in numerous cases of honour-based violence. 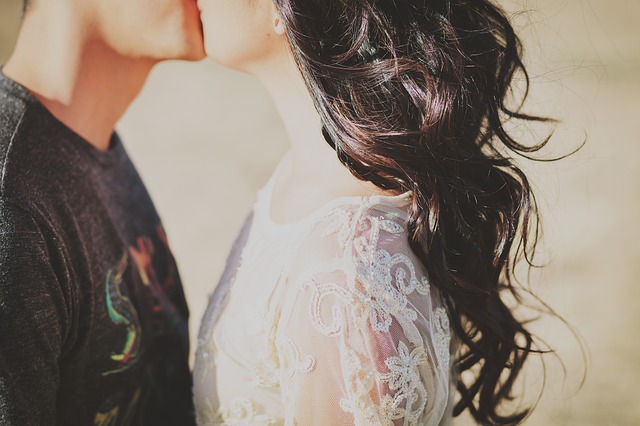 Hence, these relationships are often carried out in secret. I once knew a young, British-Pakistani Muslim woman who was working for a newspaper. She had a white Jewish boyfriend for four years, and eventually split with him due to reasons unrelated to their families’ expected disapproval. They kept the relationship secret the whole time by living together in London, away from the watchful eye of her conservative parents, who would have been furious about their twenty-something daughter engaging in what they saw as “haraam” sex. This is a world away from the relationship norms of most non-Muslim women in the UK, who will happily update their Facebook status when they are in a new relationship, and not even think about using the “restricted” settings.

This insistence on policing women’s sexual behaviour — and it is nearly always women who bear the brunt of family disapproval, rather than men — is infantilising to women in their twenties, thirties and forties. Women who are successful adults in every other way, with careers, mortgages and university educations. Women who may or may not choose to get married at all, but who still wish to engage in consensual and pleasurable intimacy, a hugely important part of what it means to be human (note that I am referring to women with regular or high libidos here, as opposed to women who have little or no sexual desire in the first place).

Sometimes, it is not even family or community disapproval that holds women back from engaging in healthy unmarried relationships, but their own internal feelings of guilt, whether this stems from cultural or religious expectations.

This was certainly the case for me: I was celibate for all of my teens and nearly all of my twenties, as a direct result of being a practising Muslim. Once I eventually left the faith —  and I should point out here that I am still on very good terms with my Muslim ex-husband — I was able to explore human relationships in much the same way that most thirty-something women would, without anachronistic and restrictive courtship expectations: sometimes with painful and disappointing results, sometimes with life-affirming results.

Every adult — whether they identify as religious or not — should feel free to live life on these terms, if they so choose. Of course, protecting oneself from toxic and dysfunctional relationships is always a concern, but this relationship type is in no way restricted to unmarried couples. The spiralling divorce rate in British Muslim communities is testament to that.

Tehmina Kazi is the development manager at Why Me? a national charity campaigning and advocating for greater access to Restorative Justice for victims in England and Wales.. From 2016 to 2018, she was a policy and advocacy officer for CESCA, an alliance of 18 equality and human rights groups in Cork, Ireland, which involved policy work and casework on hate crime. From 2009 to 2016, she was the director of British Muslims for Secular Democracy, a registered charity set up to challenge both anti-Muslim sentiment and extremism.  She has also completed project work for English PEN, the Equality and Human Rights Commission and the People’s Vote campaign (on the impact of Brexit upon BAME communities, specifically in regards to hate crime). Contact her on TKazi83@yahoo.co.uk.