It was heart-warming for many of us to hear the World Cup-winning Irish-born captain Eoin Morgen’s remarks, “We had Allah with us as well”.

The captain used the opportunity to promote diversity and inclusion that epitomises the men’s English cricket team as the winners of the ICC Cricket World Cup 2019.

He added: “I spoke to Adil (Rashid); he said Allah was definitely with us. I said we had the rub of the green.” Muslims tend to give all credit of their success to Allah, therefore Morgen’s noble intention to promote the England team’s diversity and inclusivity through respecting religious beliefs was received with utmost appreciation.

At a time when opinions remain divided on Brexit or teaching LGBT-inclusive lessons in British primary schools, it is hopeful to look to something that can help bridge toxic divides in society.

However, promoting diversity by highlighting religious affiliations doesn’t always provide a positive chance to allow the whole of society to join together and celebrate diversity.

This is because of a lack of concord between highly conservative sections with selective rights and privileges, and secular laws and values providing equal rights and opportunities to all people.

Respecting a player’s beliefs may be a good gesture but sports have their own dimensions. It does involve money and celebrations. It has undoubtedly been largely commercialised and professionalised over the years. People from all walks of life tend to come together to share some remarkable moments with each other.

Adding religious or political affiliations into it could only be detrimental to this spirit that is meant to be equally shared by all stakeholders aimed to maintain its recreational motives.

Claiming to have Allah on the side of the England men’s cricket team may not have stirred the debate of how multicultural triumphs have already failed to protect British society from rampant polarisation, but it clearly shows how religious beliefs influence the notion of diversity. 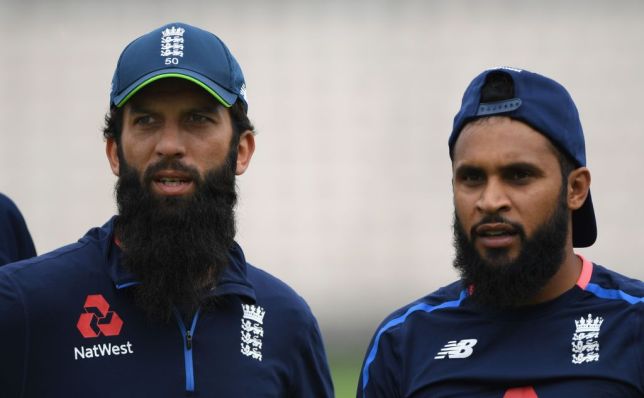 A team epitomises a cluster of diverse background and cultures that come together to claim a remarkable victory.

Why, then, associate this amazing, humane attitude with the blessings and wrath of God, when it is evident how religiously-inspired multiculturalism pushes some sections of society into isolation.

Think of when the British Muslim players left their teammates just as they began celebrating with champagne (though that is their right, of course).

Fundamentalists use religious identity to seek privileges, which can lead to more divisions than inclusion. This actually provides the bedrock for a culture in which people are constantly “offended.”

Religious teachings always encourage people to preserve their values even if they run counter to broader society.

Minorities can often limit themselves and their offspring to their own communities – and religion plays a big role in that. What is allowed and forbidden in the religion shapes the lives of individuals. Some will avoid mixing within neighbourhood and workplaces, showing reluctance to integration.

As a result, this concept of preferring cultural and religious identity over the laws of the land becomes an obstacle in the way of making society more cohesive, leaving certain minorities entrenched in a parallel society.

If you need proof of how religious and political influence affects institutions, look at the British education system, which is currently a battle ground for the fundamentalists.

A regressive way of teaching is barring kids from learning about equality in certain schools. These schools omit teachings about gender equality and LGBT rights under the pretext of religious ethos.

Owning to strife among religious and secular values, some people are overtly creating divisions after divisions by pushing religious ethos into the social discourse.

Muslim parents, who were demanding that a programme teaching about equality should not be taught to primary school children, seem hell-bent on dragging their generations back into an era where religious texts used to be more sacred than human life.

They have planned to continue protesting against the new relationships and sex education this September. Around 70 schools are reluctant to even ask British authorities to help them in dealing with these parents and any other unpleasant situations due to the protests.

Muslim parents complaining about not being consulted about these lessons are basically pushing their anti-equality views, while refusing to acknowledge that their way of doing things runs counter to equality law.

This really does require a strong response from the government. Education should be free from all kind of prejudice and biases. It should be purely knowledge-oriented rather than a medium to appease religious fanatics.

These are the fundamentalists who support separatism and deny taking part in any social activities which is prohibited by their orthodox religious beliefs.

Religion is one of the most influential mechanisms of reorienting people towards issues related to their identities. It is an ideology that has the potential to politicise people in a certain way, as its focus on identity blurs all other social and political affiliations, whereas secular values can bring people together in mutual good.

Sports events are supposedly meant to unite people. At the same time they may intensify national sentiments and national identities. Therefore, it is important to keep all kind of political and religious influence out of the sports.

During India’s final group match against Sri Lanka, banners with messages related to Kashmir were attached to a plane flying over the stadium.

“Justice for Balochistan” flew over the stadium during the Pakistan vs Afghanistan match, which provoked fans on both sides. The International Cricket Council (ICC) rightly distanced itself from these political messages.

Let people stay united in the common aim of celebrating success and happiness. We have all seen blatant manifestations of bigotry and homophobia outside British schools. Let sport be a beacon of diversity and inclusion without bringing religious or political sentiments.

As the fans cheer their players, it shouldn’t matter whether players subscribe to any religion or not, whether Allah has blessed them or not. Sports include activities which should not be bound with any superstitious belief but with hard work and untiring energy.