Iram is a journalist from Greater Manchester and the founder and editor of Sedaa.

Iram decided to set up Sedaa after seeing a lack of progressive voices in the media, particularly those of Muslim heritage. She pitched the website idea to the Women in Journalism committee, for which she was shortlisted in the Georgina Henry Prize 2015, and a subsequent runner up in the 2015 Press Awards.

The judges said, “never has their been a greater need for such a forum” and praised her bravery in “saying the often unsayable” and “fanning the flames of reason”. They were also much taken with her “new, fresh voice from the north west of England”.

She has written for various publications including The Daily Mail and The Sunday Times, and has been interviewed on Radio 4.

Arshia is a Delhi-based writer, blogger and social commentator with focus on women issues and conflicts in societies with a particular focus on South Asia. She makes her living as a school teacher and is an avid collector of literature.

She is an advocate of humanism and a strong proponent of pluralistic and multicultural societies. Her fields of interests are education, minority and child rights, secularism and tolerant attitude in a fast developing world.

Sofia is your average Turkish accountant based in Istanbul. Apart from worrying about balance sheets and income statements, she is interested in financial crimes, politics, feminism, Abrahamic religions and Bollywood.

She is an ex Muslim but still feels Islam is an important part of her identity. Despite growing up with religious family members, she has no bitter experiences. 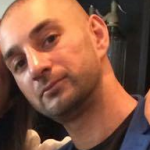 Jimmy is a gay, British, Ex-Muslim Pakistani. He grew up in a traditional Pashtun family in London where he stood in ardent opposition to the patriarchy and misogyny in his community. A frequent contributor to Sedaa his poems and prose focus on Islamic patriarchy and the experience of gays of Muslim heritage. He is a co-founder and integrative coach at integratedwellness.co.uk.

As an LGBT ex-Muslim activist, he is committed to unbridling the reins of patriarchy from gays and women of Muslim heritage. As a coach, he seeks to empower individuals to step into their voices to live a life of wellness, authenticity, self-assurance and self-expression.

Khadija is a journalist and a commentator based in Frankfurt, Germany. She writes for different publications, focusing on human rights, mainly women’s rights, as well as minorities and extremism.

Khadija has a master’s degree in political science and she believes in tolerance and equality among all human beings. Follow her on Twitter.

Rasool Bibi  writes about her experiences living in a “mainstream” Muslim community in the West Midlands, UK.  She is what is considered immodest, modern and shameless by her elders and a “coconut” by her neighbours and peer group.  Informing on the natives who make life hell for Muslims who don’t fit the mould.

Saima is a is an environmental management, environmental economics and climate change consultant based in the UK. When she is not working on adaptation and mitigation strategies, she writes about religion, feminism, politics and secularism. She is a staunch advocate of science education, in particular astrophysics.

Sarah is an English teacher who lives in Bologna, Italy. As the daughter of Protestant ministers, her conversion to Islam in 2011 came as quite a surprise and was the catalyst that sparked her passion for interfaith work. Since 2013, Sarah has curated an annual Interfaith Ramadan blog where people of faith and none are invited to write about interfaith, intrafaith, and inclusion in society, with a particular focus on taboo subjects and individuals often neglected by mainstream interfaith dialogue. Given half a chance, Sarah will talk about tea, skincare, politics, feminism, and human rights for hours. 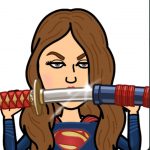 Shamila Ghyas is a firm believer in tolerance and equal rights for all. Having penned two fantasy fiction novels, she also writes for various publications highlighting issues generally ignored by the masses. Her main focus is on the rights of women, children, and minorities. She loves reading, music, and Nutella.

Tehmina was named one of the BBC’s 100 Women in October 2013 and 2014, and held the Eric Lane Fellowship at Clare College, Cambridge from January to March 2014.

Ziddi is based in London and works in the City. She assists progressive causes which promote secularism and rational thought within her own community.

Ziddi has had a very interesting upbringing, exposing her to a wide range of people and ideologies which constantly inspire her to challenge the status quo. She is interested in European and Asian/Muslim literature, history and politics.