(This is a cross-post from The Nation)

On May 5, Nigeria took the historical step of outlawing Female Genital Mutilation (FGM), and its outgoing President, Goodluck Jonathan, signed the ban as one of his last acts before leaving office. According to the UN, one quarter of Nigerian women and girls have been subjected to FGM, a vile and misogynistic practice that creates many health issues for women. Globally more than 125 million girls and women are affected by this practice, which was banned by the UN in 2012, when it adopted a resolution for its elimination. In 2012!

The world is aware of FGM. Steps are being taken to ban it and voices are being raised to stop it since 1997. The World Health Organization (WHO) passed a resolution in 2008 and published a “Global Strategy to stop Health Care Providers from performing FGM”.

But it is a little known fact that it is also secretly practiced in Pakistan, primarily by the Bohra Community, who are thought to have brought the practice over from Africa and whose leaders consider it a religious duty. Girls of seven or eight years are made to undergo this violation of their rights, often performed by medically untrained women. However, the Bohra community now claims that trained health practitioners perform the practice. The Sheedi community is also thought to practice it and they too brought them over from Africa.

This is Pakistan’s well-kept secret and a majority of the populace does not know that it takes place. I remember only finding out about this as an adult and it was corroborated by Bohra female friends when I questioned them. And even today I find people who are shocked to hear about it, because it is hardly ever spoken about.

It is thought that 50-60 percent of Bohra girls go through this traumatic experience (some say up to 90 percent), although it is claimed that it is now a “symbolic” procedure. But because there is no information available, there is no way of knowing what this “symbolic” mutilation entails. And even so, there are absolutely no health benefits that can be attributed to it. There is only one reason for this and that is to keep women “chaste”, something that has been the major worry of religions for a long time.

FGM is not mentioned in the Qur’an (neither is male circumcision) but it is part of the Sunnah (prophetic tradition). The practice may have originated in pre-Islamic Africa, as Reza Aslan types will have you believe, but it is now very much a part of Islam. It is practiced in many Muslim countries and is regarded as obligatory by the Shafi school of law. The Hanfi, Malaki, Hanbali, Jafari and Zaidi schools recommend it, meaning that it is something that is considered good. 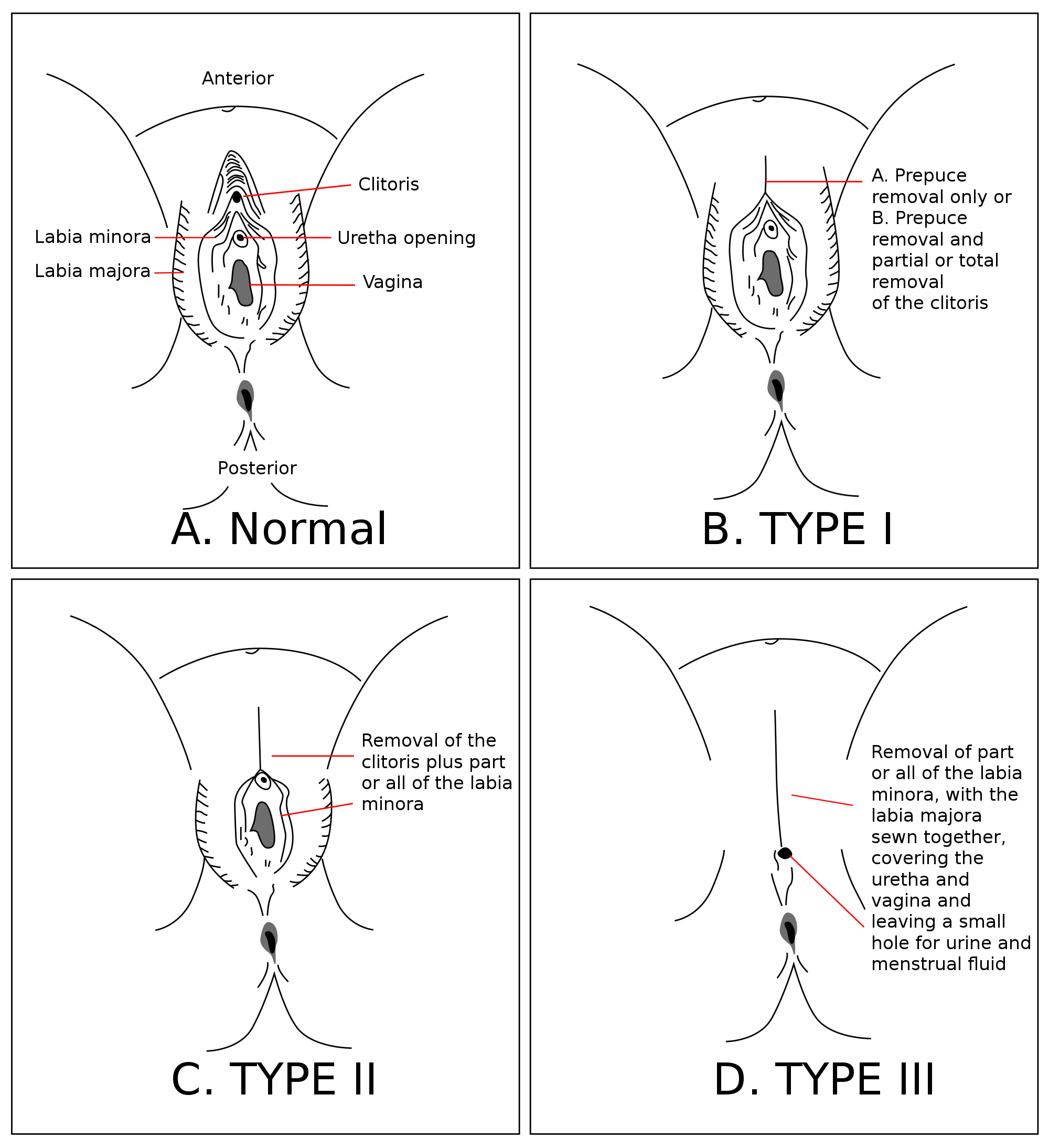 According to the Institute of Social Justice in Pakistan there are no laws to stop the practice. In fact, it is neither mentioned nor recognised by any law. The National Plan of Action for Children, which was introduced in 2006, finally included the goal of eradicating the practice by 2010. It is the only government document that mentions the issue. The implementation of the Plan however, is another story.  As a result, Pakistan has not reported the practice in its obligatory report to the UN Committee on the Rights of the Child, nor to the UN Convention on the Elimination of Discrimination against Women (CEDAW).

It is also not on the radar of most NGOs and of course the media is too busy reporting on the divorces of political leaders to be interested in important social issues.

There are countless stories of women who recount their ordeal when they went through FGM as girls and of those who suffer from psychological and health issues later in life. The fact that it is practiced by a small community in Sindh is probably the reason that it is not given due credence. But the point is that even if one girl per year goes through this, that is one girl too many.

It is time to pressure the government to enact appropriate laws to completely ban this violent act against women and not turn a blind eye to it in order to pander to religious sentiment.

It is also time for all of us to wake up and question the Bohra and Sheedi communities about this misogynistic practice. A very difficult thing to do, I know. I still find it very difficult to talk to my Bohra friends about it. But talk about it we must. We cannot let such ridiculous and probably stone age forms of violence continue in the name of culture and religion.

Saima Baig is a is an environmental economist and climate change researcher currently based in Karachi. Follow her on Twitter.