Ex-Muslims and converts to Islam have much more in common than you might imagine. These similarities go beyond simply moving from one set of beliefs (or lack thereof) to another or having a connection with Islam either in the past or the present. One of these unexpected, and rather negative, similarities between ex-Muslims and Muslim converts was first pointed out to me by Imtiaz Shams, co-founder of Faith to Faithless, during a conversation in which he commented that “both of us get fetishised and hated if you don’t fall in line.” These touch on the issues of freedom of thought as well as status within our respective communities, but the similarities run deeper still when considering the process and potential consequences of leaving our respective faith or non-faith traditions.

Ex-Muslims are often held up by those promoting an anti-Muslim agenda as proof that all things Islamic are downright dreadful. Ex-Muslims are sometimes exploited as billows to fan the flames of anti-Muslim hatred. Ironically, this often continues to affect ex-Muslims since bigotry often extends to a person with a Muslim-sounding name or a Middle-Eastern or South Asian look regardless of whether or not they are actually Muslim.

More often than not, Ex-Muslims find themselves in the uncomfortable position of being shunned or smeared by Muslims as ‘native informants’ while also being subjected to anti-Muslim bigotry despite having left the faith. This problem can be exacerbated when ex-Mulims call out anti-Muslim bigotry, which may result in rejection by those who had initally fetishised them.

Meanwhile, converts, and above all white hijabified converts like myself, are often held up as trophies of successful proselytism, or in Imtiaz’s words, like pawns in a game of “who-has-the-best-da’wah.” Like ex-Muslims, converts are too often used to further a specific narrative, in this case that of Islam gaining popularity. However, if these converts believe or vocalise anything other than the mainstream or traditional views of many Muslims, they are pushed aside or not taken seriously.

Black converts might escape this trophy/fetishisation process, but that is largely because they are simply ignored or deemed less worthy due to pervasive, and often unchallenged, anti-blackness in certain Muslim communities. In the end, converts to Islam may well experience the same sort of negative treatment as ex-Muslims, albeit for different reasons. Since this negative treatment ranges from emotional abuse, such as insults or shunning, to actual physical harm, the effects can be devastating.

I was fortunate that my conversion to Islam was relatively straightforward compared to the experiences of many others who have left their faith tradition. Although there was a period of several months where I felt like I was living a double life – hiding my fasting during family BBQs and praying behind locked doors – actual instances of family members rejecting or mocking my decision, or attempting to de-convert me were minimal, although upsetting at the time.

My parents, both Protestant ministers, supported my decision even though it was somewhat shocking and confusing for them at first. Concerns on the part of other family members, who are predominantly Christian, were eventually resolved with mutual crying, hugging, and awkward jokes to defuse the tension.

I know that I can speak openly with my family now and know we can work through any differences. Afterall, there aren’t many who can say they are the Muslim godparent of their Protestant cousin!

As an integral part my formative years and young adulthood, my experience of Christianity is a part of me. It influenced, and continues to influence, the sort of Muslim I am today, and it cannot be erased from my past, nor would I wish it to be. Many ex-Muslims also remain intrinsically linked with their former faith. In an interview with Bi Any Means, Heina Dadabhoy explained that use of the term ex-Muslim as an identifier clearly reflects such feelings.

“Islam was my life for eighteen years. As part of my background, it affects my ideas and perceptions of the world. The religion continues to deeply affect the way in which my family members live. There’s no way that I could say that I’m just an atheist. Being a former Muslim leaves me indelibly marked in more ways than I can say, and probably in ways that I will only realize in the future.”

The lingering effect a faith tradition can have on a person, even after leaving it, makes it difficult for me to understand why ex-Muslims and Muslim converts are often accused of never having been true believers to begin with. There is a widespread assumption that ‘real’ Muslims or Christians would never have left their faith if they had truly believed.

While there are most likely some ex-Muslims or converts who didn’t really identify with the faith they were brought up in, this well-you-weren’t-really-devout-to-begin-with accusation seeks to erase a vital part of our personal history and faith identity, often for the simple reason that it makes certain people uncomfortable to admit someone could willingly choose to leave their particular faith.

It is a cruel paradox to claim that an ex-Muslim or ex-Christian was never actually a believer and yet still shun or mistreat them for being ‘apostates’. In defending the influence and importance of Christianity on my life, the good and the bad, I also defend the right of ex-Muslims to define themselves with reference to their former faith if they so choose. In that sense, Muslims are failing ex-Muslims, not because they have chosen to leave, but because we do not support them when they do.

The decision to leave Islam is a personal one, but that does not nullify the wholly Muslim issue of how ex-Muslims are often treated. The widespread mistreatment of those who make that choice cannot simply be swept under the prayer rug in the hope that it will just go away. In extreme cases, ex-Muslims across the globe may face hostility, punishment, or even the death penalty.

In less extreme cases, Muslim rhetoric results in the dehumanization of ex-Muslims by spreading the idea they exist only as spiritual trials for Muslims, which ultimately denies ex-Muslims their agency. Imtiaz Shams writes that, as an ex-Muslim, he often receives hatred from Muslims because anything he says about Islam is interpreted as Islamophobic, even though he is not anti-Muslim in the slightest. 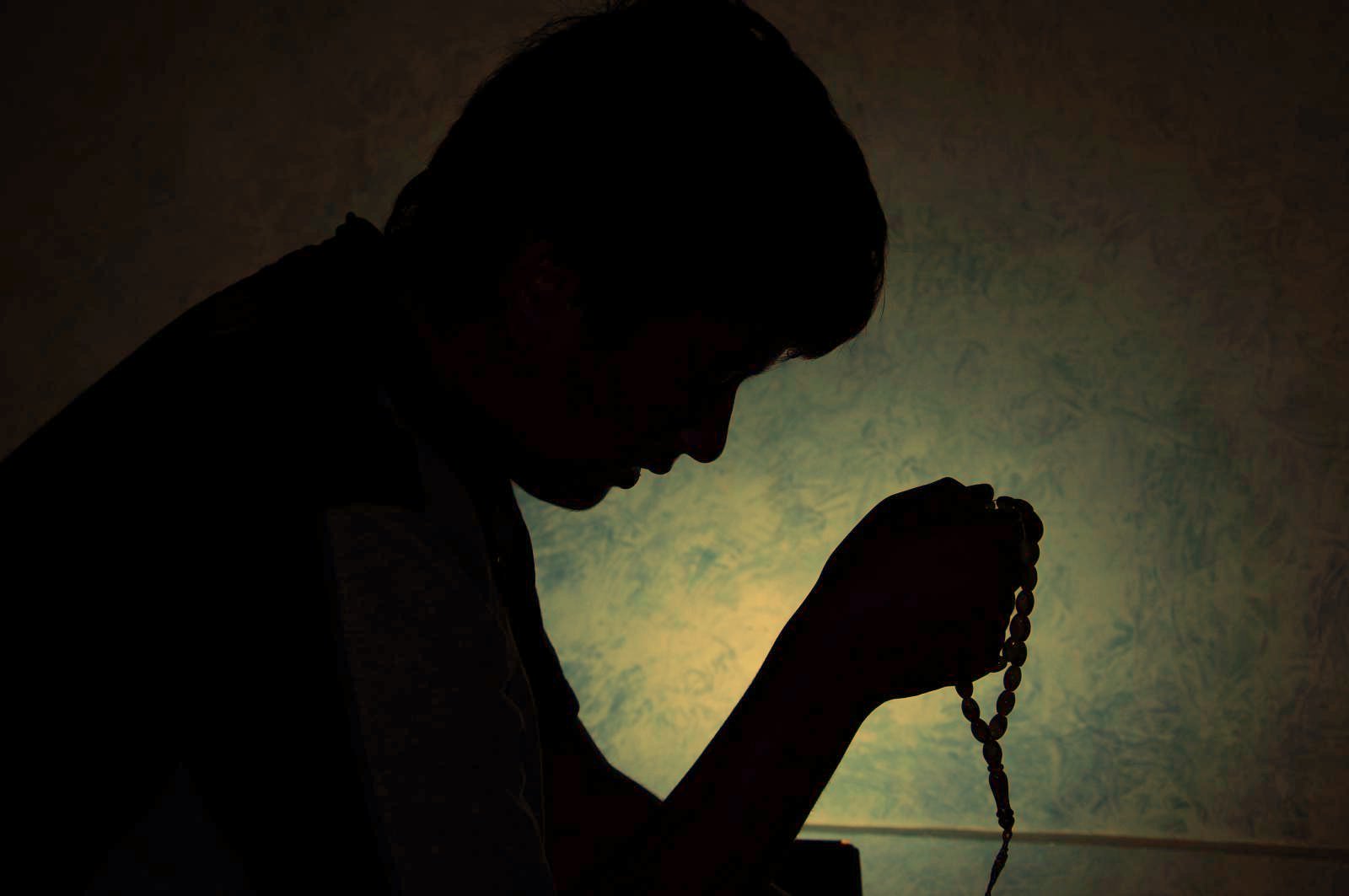 Some Muslims even disapprove of the term ex-Muslim itself. They argue that it is vindictive, that it is a way to taint Islam, or that it is a sign of bitter, unresolved obsessions. Some Muslims claim that they are fine with ex-Muslims but only under the condition that stop airing dirty Muslim laundry in public. Still others assert that ex-Muslims forfeit their right to talk about Muslim issues entirely – even when they are talking about their own treatment by Muslims!

In all cases, these appear to be attempts to hush up a minority group with different views. The oft used verse ‘there should be no compulsion in religion’ is rendered meaningless if Muslims, paradoxically, support any sort of punishment for leaving Islam. That isn’t freedom, it’s a threat.

There cannot be freedom of conscience if a person is terrified of the consequences of stating their beliefs openly, whether that threat comes from close family or from the community at large. Acknowledging the struggles ex-Muslims face will not undermine Islam as a whole or a Muslim’s individual faith. Rather, it will make us more empathetic, encouraging us, as Muslims, to work together in alleviating these problems.

Although difficult to accept, this support should be extended even to those ex-Muslims who mock beliefs that Muslims hold dear. Even when Muslims find insults or mockery offensive, it is no excuse to dismiss the voices of all ex-Muslims as hostile. Criticizing ex-Muslims for generalizing about Islam is really no better than assuming all ex-Muslims are cut from the same cloth. Muslims should be allies to ex-Muslims and speak up for them in Muslim communities. After all, many ex-Muslims have experienced similiar struggles as Muslims and often find themselves tackling anti-Muslim bigotry within atheist and other circles.

Before a feeling of doom and gloom sets in, we should remember that there is positive work going on. In her piece ‘We cannot stop – We must continue to fight’, Thumbalima, as she is known on Twitter, praises Muslim women who speak up for ex-Muslims and explores the ways in which ex-Muslims are intrinsically connected to Muslim communities whether they believe in Allah or not. She writes:

“They are fighting for rights within their communities and that we as Ex-Muslims are a part of that community. They may not agree with all of my thoughts on God or Islam, but that is actually not important. What we all agree upon is the fundamental right of a human being to be able to make choices for themselves and then be free to act upon their choices. Coexistence is the key here.”

In the end, the similarities experienced by both ex-Muslims and converts to Islam should result in a level of mutual understanding and respect. It is surprising that some Muslim converts support prejudice, punishment, or apostasy laws against former Muslims or those who identify specifically as ex-Muslims.

Anyone who has received abuse for leaving their faith should be able to empathize with the trauma of being rejected by family and friends. And those who were lucky enough to have a smooth path out of their former beliefs and into their present ones would be hypocritical to wish anything but the same ease for others.

Instead of being enemies, the decision to adopt different beliefs and the personal risks taken in doing so puts both ex-Muslims and converts in a unique position to empathise with one another and to work together in combating anti-Muslim bigotry. We must join forces to protect freedom of conscience and serve as bridges between Muslim and non-Muslim communities.

Sarah Ager is an English teacher who lives in Bologna, Italy. Since 2013, Sarah has curated an annual Interfaith Ramadan blog where people of faith and none are invited to write about interfaith, intrafaith, and inclusion in society, with a particular focus on taboo subjects and individuals often neglected by mainstream interfaith dialogue.