The well-known British political commentator Douglas Murray once observed that sections of the political left, known as the regressive left, have a supply and demand problem with bigotry.  He elaborated that there simply aren’t enough racists in the West these days yet the demand for such bigotry is at an all-time high.

Without the demand left-wing activists that organise themselves as anti-bigotry activists can’t justify their work and, more importantly, request for donations. Hence, the definition of bigotry needs to be stretched, new sources of bigotry need to be found and, eventually, critics of the regressive left find themselves being accused of bigotry.

The Southern Poverty Law Center (SPLC), founded in Montgomery Alabama in 1971 as a civil rights organisation, is a prime example of an activist outfit that may have begun with noble aims but has now resorted to stretching definitions along with credulity. This group has decided to branch into anti-Muslim bigotry without any clear understanding of what that term really means. According to their website:

“Anti-Muslim hate groups also broadly defame Islam, which they tend to treat as a monolithic and evil religion. These groups generally hold that Islam has no values in common with other cultures, is inferior to the West and is a violent political ideology rather than a religion.”

The above quote illustrates the problem with SPLC’s approach to this subject. Individuals are well within their rights to dislike Islam as a religion, just as they are free to dislike any other religion or political ideology. Dislike of a faith is not tantamount to bigotry if it is not accompanied by demonisation of an entire people. Disliking Islam is not the same as disliking all Muslims; just as disliking smoking is not the same as disliking all smokers.

The SPLC recently published a report called ‘A Field Guide to Anti-Muslim Extremists’ which profiled 15 individuals who the centre deemed ‘anti-Muslim extremists’. The list included Daniel Pipes, David Horowitz and, shockingly, Maajid Nawaz. However, the reasons given for the inclusion of these three were extremely flimsy and no evidence of anti-Muslim bigotry was offered.

For example, Daniel Pipes is accused of wanting to ban the burka, calling ISIS ‘very Islamic’, opposing the so-called Ground Zero mosque, being in favour of profiling Muslims and assuming the Oklahoma bombing in 1995 was the work of jihadists. I don’t necessarily agree with these views, and anyone can be forgiven for making a mistake in the case of the Oklahoma bombing, but do such views amount to anti-Muslim bigotry?

The burka, or niqab, is opposed by a wide variety of Muslims around the world, including the Grand Sheikh of al-Azhar University in Cairo, Mohammed Sayyid Tantawi, who claims it has nothing to do with Islam and is a sign of extremism. Even genuine extremists like ISIS have resorted to banning the burka on security grounds. Should Muslims be profiled at airports? In my view they shouldn’t because only intelligence-based profiling is effective but, again, to hold an opposing view isn’t bigotry. Is ISIS very Islamic? That depends on your interpretation of Islam and individuals are free to interpret Islamic texts any way they like without being accused of bigotry.

David Horowitz is quoted from 2007 as saying: “Somewhere between 150 million and 750 million Muslims support a holy war against Christians, Jews, and other Muslims who don’t happen to believe in the Quran according to Bin Laden”. They then go on to quote Peter Bergen from 2014 as saying: “The global total of extremists belonging to jihadist groups was somewhere between 85,000 and 106,000 of the world’s 1.6 billion Muslims.”

Firstly, David and Peter are clearly talking about two very different things; David is referring to global support for jihadism whilst Peter is referring to active members of jihadist groups. Secondly, David’s quote is from 2007 which means his claim can only be assessed in accordance with opinion polls at the time.

Unfortunately for SLPC, opinion polls in 2007 did support David’s claim, i.e. that 10-50% of Muslims were broadly sympathetic to jihadism. According to one Pew survey, support for suicide bombings among young Muslims was 26% in the US, 35% in the UK and 42% in France. Other surveys showed support for al-Qaeda was 34% in Jordan, 23% in Indonesia and 20% in Egypt. In other words, David has been branded an anti-Muslim extremist from basing his view on the available data.

David is also criticised for claiming the Muslim Student Association (MSA) is linked to the Muslim Brotherhood. Whilst the links between the MSA and the Muslim Brotherhood are well documented here and here, the group has also been called ‘an incubator for radicalization’ by the NYPD and has a number of members who went on to become terrorists.

Bizarrely, David is then criticized for supporting Senator Joseph McCarthy and attacking college professors with communist sympathies. These claims have nothing to do with anti-Muslim bigotry but they do reveal the real reasons why the SLPC despise David. He is a critic of the left in general so why not smear him as an anti-Muslim bigot.

Perhaps the most disturbing part of the SLPC report is the inclusion of British former-extremist and pro-reform campaigner Maajid Nawaz, a man who was never critiqued when he was an actual extremist but widely denounced by the regressive left when he spoke out against extremism. In the report, Maajid is accused of demonising Muslim groups in the UK by producing a ‘terror list’, insisting it is reasonable to ask women to remove the niqab in security sensitive environments, tweeting a blasphemous cartoon and visiting a strip club whilst claiming to be a devout Muslim and a feminist.

The ‘terror list’ in question was actually an appendix titled ‘The British Muslim Scene’ that categorised a range of prominent British Muslim organisations. It placed groups like the Muslim Council of Britain and the Muslim Association of Britain in the Muslim Brotherhood camp, which is accurate and widely acknowledged. None of the groups in question have publicly challenged this categorisation to my knowledge.

Muslim women are already expected to reveal their faces in security sensitive environments across the Muslim world. Try getting through Saudi customs dressed in a niqab — you will be asked to remove it so that they can see who you are. Is Saudi Arabia also anti-Muslim?

How is tweeting an image of Muhammad anti-Muslim? Many Muslims do consider images of Muhammad blasphemous but equally many do not. For example, in Shia Islam images of holy figures are allowed and even encouraged. Furthermore, Islamic history is replete with images of Muhammad being drawn and painted, as this piece explains.

This Jesus & Mo @JandMo cartoon is not offensive&I'm sure God is greater than to feel threatened by it الله أكبر منه pic.twitter.com/dEwlapWUSi

Maajid also accompanied his tweet with the words ‘As a Muslim, I am not offended’, meaning the purpose of his tweet was to challenge the idea that Muslims are keen to take offence at bland cartoons. This was an important point to make in the wake of various cartoon controversies that led to the death of many people around the world and garnered bad publicity for Muslims in the process. To deem such a tweet ‘anti-Muslim’ is ignorant, immature and quite frankly dangerous.

Finally, visiting a strip club or having a lap dance is not anti-Muslim bigotry. I can’t believe I have had to type that sentence. It is a personal choice that says very little about one’s political or religious views. Maajid does not claim to be a devout Muslim; in fact he is often at pains to point out that he is non-devout. Furthermore, being a feminist does not equate to opposition to strip clubs, certain branches of feminism may find them demeaning but equally others, such as sex-positive feminists, do not.

It seems the SPLC gathered a list of political commentators that it did not like and who have been critical of the regressive left and their narrow ideological goals, and decided to smear them. Whilst their list does include some genuine anti-Muslim bigots they have failed to distinguish between those critical of extremism and those who dislike Muslims per se. In doing so, they have put lives at risk in a cheap ploy to create demand, garner support and remain relevant.

It, therefore, comes as no surprise that the FBI decided to scrub the SLPC from their hate crimes webpage. They were also criticised in this 2013 piece, published in Foreign Policy, for exaggerating hate crime numbers and not being ‘an objective purveyor of data’.  With their credibility in free-fall, it is no surprise the SPLC has jumped onto the anti-Muslim bandwagon and in the process shown exactly why they have become such a discredited organisation. 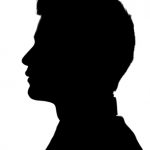