If you prick us, do we not bleed?

In the Merchant of Venice, Shakespeare wrote those words for a Jew to say, but today, those words will come from the mouth of an ex-Muslim.

I normally try to stay positive and veer far away from the victimhood narrative, as I was raised to think of myself as a victim when I was a Muslim. I was taught that the big, bad non-believers all hated us and wanted us dead and don’t care about us and that we should hate them back, we should never trust them, and indeed, that we should kill them.

But growing up in Canada, I saw no evidence of that. My teachers weren’t Muslim, but they were kind and loving.

“Did you hug your teacher?” My mother spat out one day, when she was picking me up from school.

“You do not hug non-Muslims! That is disgusting.”

My mom spoke to the principal and demanded that my Grade 1 teacher not touch her child. We used to all stand in a line and hug her as we entered the classroom. She put a stop to that. Not just for me—but none of the other kids were allowed to hug Mrs. Roth anymore either.

I was sad and confused. I didn’t see evidence of this insistence by Islam that non-believers were evil and deserving of God’s wrath and eternal punishment. I didn’t want to strike off their heads or their fingertips! I loved my friends who lived down the hall. The baker at the local supermarket always gave me a cookie and a smile. Non-believers were nothing but nice to me.

Eventually I denounced Islam and this contrived victimhood narrative, and I joined humanity. Shoulder to shoulder with all other humans, no one above the other. Initially I was embraced by the atheist/humanist community. I felt like I had finally found the utopia John Lennon was singing about in ‘Imagine’. And then a strange thing happened.

All of the people that were so kind to me as a Muslim, all of the people who, unknowingly, were inoculating me against the hate Islam was so adamantly trying to put in my heart,  all turned against me when I identified as an ex-Muslim.

Suddenly I was accused of spreading hate, I was deemed a bigot and a racist. NO, I insisted, I was raised to be all those things, but I am not! I have denounced all the hate. Here I am. Free from the darkness. I see us all as humans. I do not believe any of us are above the other anymore.

Although I have been an atheist for almost fifteen years, I am stung with this betrayal. Every single day.

If Leah Remini talks about leaving Scientology, she is embraced and celebrated. She gets a show on A&E. If Megan Phelps-Roper talks about leaving the Westboro Baptist Church, she gets a TED Talk. An ex-Jehovah’s Witness, an ex-Mormon, an ex-Orthodox Jew an ex-absolutely-any-religion you could possibly name is treated differently from an ex-Muslim.

Ex-Muslims are shunned by liberals while Muslims are embraced. Although less than one quarter of one percent of Americans wear hijab, you’ll find hijabis being fetishised by Nike, Elle, PlayBoy, Vogue, getting book deals, and even leading a march that stands for everything that is the opposite of their belief system.

It’s a strange turn of events. One that leaves ex-Muslims scratching our heads and swallowing back tears. 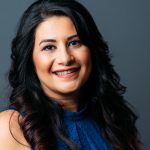 7 thoughts on “Where is the Solidarity With ex Muslims?”