“The 21st century belongs to women of Muslim heritage,” said Jimmy London [Sedaa contributor Jimmy Bangash] in a Facebook post/thread. He is right. When we expose or talk about our lives under Muslim culture, we are not just doing it out of spite, we do it for our mothers, grandmothers, sisters, aunts, cousins, scores of neighbours, friends and relatives whose troubled lives spilled before us while growing up and getting conditioned into our culture.

We could do nothing except watch and listen and observe as the adult women consoled, cajoled and threatened the docile, adamant or rebellious young ones into accepting their fates.

As patriarchal misogyny slowly dawned on us, we realised it was institutional and these lives being revealed before us were either vocal, aggressive cries for help or the last moment breaking of silences in shared confidences by those who elected to stay mute for years. The inner harem of our homes where women turned to women for help, advice, a shoulder to cry on, we girls had front seats to the sadness and tragedy permeating Muslim society because of laws that were unjust and biased towards us.

When we chose to speak up we did not do it to bring down Islam, because besides witnessing the grave travesties of injustice that the religion brought to their lives, we also saw how much spiritual comfort and courage those women derived from it too. The most vivid memories of those sad, helpless women are of tying knotted threads on shrine walls in fervent prayer that the Almighty would be Merciful towards them.

Many a woman actually did find relief through that belief and that culture developed over shrines and holy men administering relief. For the Muslim culture is a vast array of the rituals of births and deaths, festivals, music, ‘qawwalis’ (devotional songs sung in praise of the Almighty and the Prophet), cuisine and, in some liberal societies, even dance. These provided a support structure for the wronged, the trespassed, the violated, the grieved and the bereaved.

When we criticise our societies, it is because amidst this whole culture of belief, faith, traditions and the patriarchal system, a few us evolve enough to see the greater malaise and the symptoms that are visible in the form of repeated injustices done to women, patterns everywhere — be it in the Indian subcontinent, multicultural Britain, integrated France, Germany, Holland or the Middle East.

The idea is to open up the Muslim society and start it to get talking about what ails it — yes, it is ailing — and has been since as far back as our grandmothers got married at the age of 12 or 13 (as did both of mine), and started on the monotonous path of conceptions, pregnancies, miscarriages, births, child-nurturing, breastfeeding and the usual baking, bedding and catering to the general male populations of joint households. 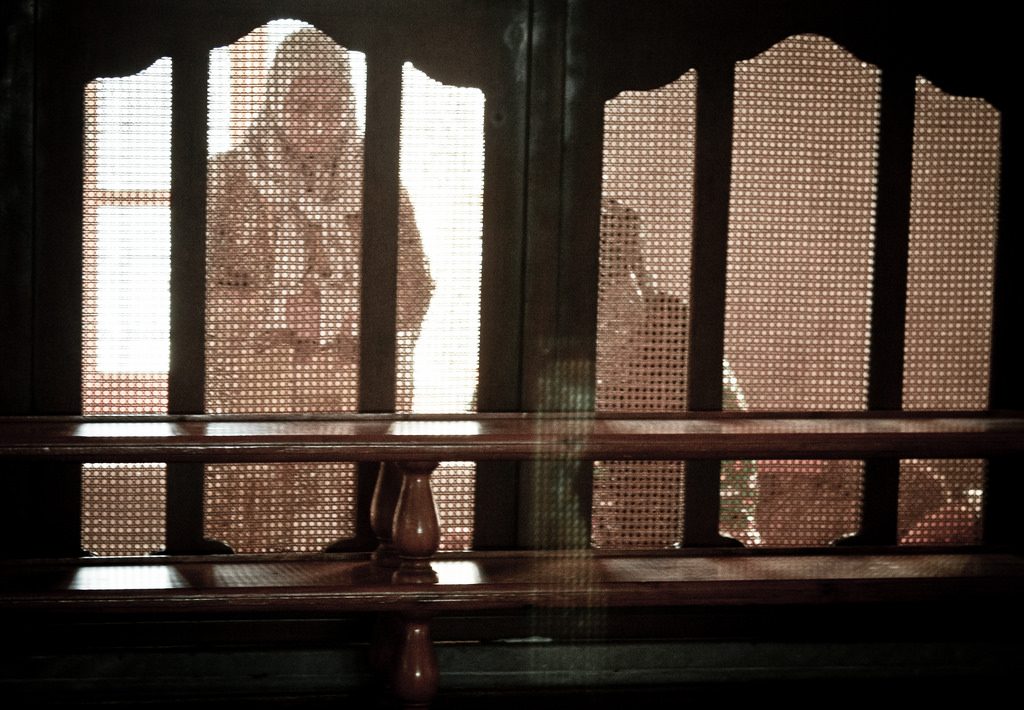 It is generally the males who retort there is nothing wrong in Muslim culture — to you all wallah bros out there — we have an ongoing global discourse that will go well into the 22nd century; it is the women among us who have accepted second-class citizenship accorded by Islam, whom we keep addressing time and again when we “wash our dirty linen in public”.

We don’t buy the argument that it is patriarchy that has made women the foremost enemies of women. This may be a postmodernist feminist approach but it is increasingly becoming clear, at least to me, that the latest wave of feminism does not tolerate women with dissenting views. If it doesn’t suit the meta-narrative of the feminists then they tend to dismiss or ‘gaslight’ the realities of these dissenting women, as is happening with the Left-Liberals defending regressive practices in Islam. I have concluded that no system no man, no group can break a woman who refuses to break, yet this will be dismissed by ‘experts’ on the human condition in academia as subjective, especially Western ones.

Women who have no issues about adopting the hijab/niqab /burka, accepting sharia laws, under which women are short-changed multiple times and manifold, need to understand that there are countries and cultures that have such ‘freedoms’ enshrined in their constitutions and, therefore, they ought not to impose their way of life on those who do not want to be ‘dhimmis’.

To go about being bigots and imposing what they believe are their ‘freedoms’ on the rest of the population which comprises of cultural Muslims, ex-Muslims, atheists/agnostics and other religious denominations is merely Islamo-fascism. It is equivalent to covert cultural imperialistic wars and that is what we (for want of a better name, call us reformers, or outspoken Muslims, or lapsed Muslims, or women from Muslim heritage) are opposing by advocating secularism fiercely.

That is what reformers/secular Muslims are trying to do —  set up an open discourse in which discussing/debating child marriage, FGM, honor killings, triple talaq, moral policing, adultery, incest, halala, apostasy and other taboo subjects are normalised and accorded acceptance without the fear of ostracism, violence, intimidation or smear campaigns. Regressive practices in Islam need to be overturned through legislation — the only way a stubborn community in denial will agree to stop promoting them and practicing them.

Yes, there is a civil war within our community.  A schism between those who profess to know the real Islam, whether the Prophet was right in all his actions or not, whether the Hadith/Sunna should be the guiding factors for laws or not and those who want to question the infallibility of the Quran, bring in women and queer imams, and want to call out those who take their morality directly from the violent verses in the holy book.

It is war because it fits the definition of war — there is breakdown of law and order within our communities, people taking the law into their own hands, all diplomatic ties are suspended, there are sanctions placed on those who are speaking out or embargoes imposed on their movements and thought policing, chaos all around and hostilities rise and ebb depending on the next attack by extremist groups. 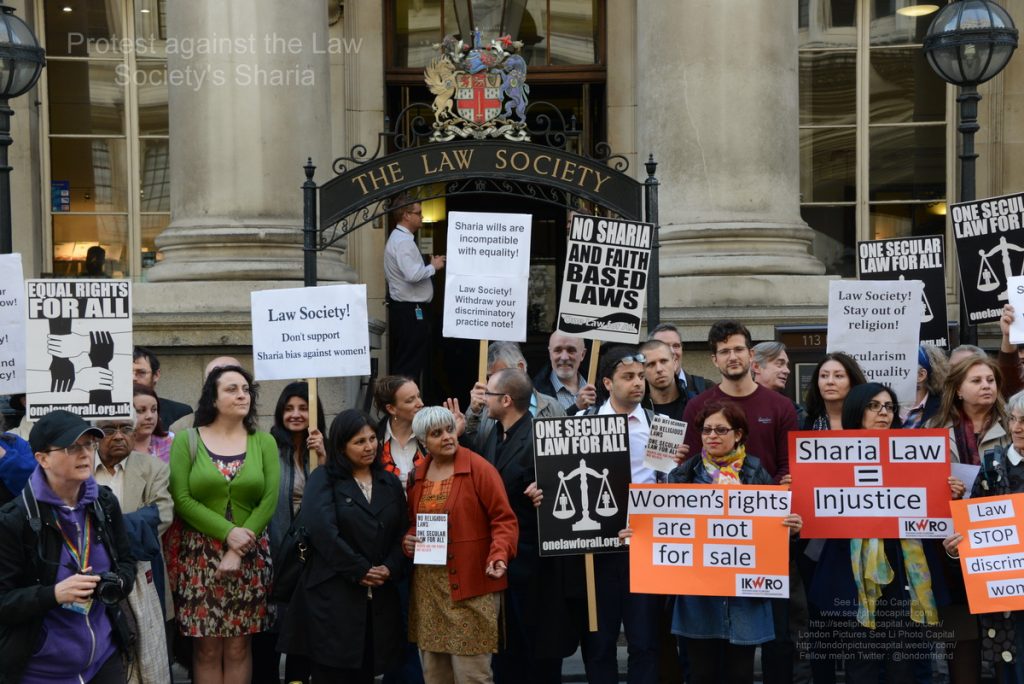 Daughters are up against their fathers and uncles; sisters against their brothers; wives against husbands — a tribal society in conflict with those who want Enlightenment and those who are afraid of modernising themselves to the requirements of the time. To us, it seems outspoken females against outspoken denialists, apologists, deceptive conservatives, both male and female.

These are efforts to make everyone understand that there is room for all to exist and the human civilisation has developed some workable forms of governance that most of the times work and sometimes don’t. But, to a large extent, they do work, which is why so much progress has been made in the human condition despite the human species’ tendencies to be in perpetual war and destruction.

To the believers we say, if you want to follow your religion, by all means, please do. Since organised religion involves naive, innocent children and impressionable minds being conditioned at an early age, forgive us for speaking out against a system which allows men to dominate, subjugate, violate, humiliate females with the religious and cultural sanction and those defending organised religion do so under the pretext of the right to religion.

With the risk of being called a “radical statist” (a recent spat on a social media network) it is the responsibility of the state to intervene in stopping regressive practices in Islam, especially if they are signatories to the Universal Declaration of Human Rights. Critical Muslims, along with lawmakers, work to bring quality to the scores of Muslim women’s’ lives which ought to be harm-free, hence our personal testimonies are important and the need to “wash our dirty linen” in public.

This is what those who criticise women of Muslim heritage of speaking up need to understand — we do it for our mothers, grandmothers, daughters, sisters, nieces who did not get a chance to change, improve, rebuild or just live their lives.