I have always known that I am gay. For years I tried to reconcile this with being a Muslim by simply trying to be the best Muslim (and I interpreted ‘best’ as trying my best to do things by the book) I could be.

This became somewhat trickier when I fell in love. But somehow I managed to put the two sides of me into two very separate boxes and continue as a devout Muslim, who transgressed every now and then; well none of us are perfect are we? Indeed, it was rather easy to put other aspects of my life in boxes while I was focusing on my career.

Once the career seemed like it was on solid footing, other facets of my life started bothering me. I started to question myself about the ‘no compulsion in religion’ line in the Qur’an, and then history telling me that Muhammed had told Persia to convert or be condemned — this just didn’t add up.

Muhammed’s marriage to Aisha was shrouded in mystery: just how old was she when it was consummated; old enough to have made a truly consensual choice? Bizarrely, while these questions niggled away and gave me sleepless nights, being gay didn’t bother me in the same way. I am not a psychologist, but perhaps it was a manifestation of that remarkable human capacity to bury away the really deep and troubling questions?

Eventually the question of being gay did surface. This was precipitated, I guess, by relationships and marriages of my siblings. So without turning this into War and Peace, let me summarise the thoughts that led my transition from being a gay Muslim into just being gay.

It was not good enough to seek solace in ‘the Quran doesn’t condemn homosexuality explicitly’, because neither does it condone it. If this is the final book revealed to humankind by God, why doesn’t it contain provision for homosexuals? Is God cool with so many of us being killed because his text wasn’t clear enough? Why did God ban alcohol in his final book, but not slavery?

Muhammed was so much the best example of humankind that when he wanted to marry his adopted son’s wife, a special revelation came from God saying an adopted son was not the same as a biological son — nice and convenient for the special one and his direct line to God.

There are many other reasons too. For example, a woman’s word is worth only half that of a man’s, even though Islam is the religion for all time, including the time when women would be as well educated as men? None of these made sense to me. They still don’t.

Consequently I decided to retain the very basic aspects of myself, and ditch those that had been thrust upon me by circumstances. I cannot be a Muslim and gay; for me it doesn’t work. 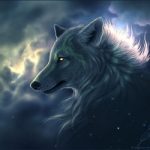 Azurewolf was born and bred in the UK. Gay and of South Asian heritage.