There’s no question we live in an era of fake news, propaganda and so-called “alternative facts.”  But the reality is, is that some organisations have spent the last few years turning this into a fine art before these terms were even fashionable.
Take CAGE for example. To put it mildly, they were rather upset that the highly reputable and long standing anti-extremism group, Hope Not Hate (HnH) (who have done excellent work exposing the networks and influence of Al-Muhajiroon,) highlighted the activism and statements of CAGE; a report that I had written based on evidence I had researched and collected.As a result they issued a blog claiming that HnH “failed to understand hate” and that the organisation “had become a platform for Home Office propaganda.”  To those of us who live in the real world, and who are familiar with the work of HnH, one could only laugh at such a ridiculous claim. Not, however for the conspiracy theory driven folk at CAGE.

It is worth analysing some of the comments made in this recent CAGE blog.  They argue that “CAGE has always defended principles, regardless of people, in accordance with the rule of law.”  One wonders what those principles are because they are certainly not human rights principles.

While having claimed to be a “human rights organisation,” they have demonstrated little respect for such values which is precisely why Amnesty International in March 2015 issued a statement saying they could no longer share a platform with the group and terminated any relationship with it because comments made by them were “completely unacceptable, at odds with human rights principles and serve to undermine the work of NGOs, including Amnesty.” Some of those “comments” included “the refusal of a CAGE spokesperson to condemn violence such as FGM and stoning – themselves examples of torture and degrading treatment that we are campaigning for an end to.”

It states the obvious then, that it’s a bit rich of CAGE to state HnH “fail to understand hate,” when they are unable to condemn barbaric acts of violence against women and girls.

CAGE and their staff’s “principles” have also included:

As with their “principles,” a question mark hovers over what CAGE define as the rule of law.  Let me give just one example.  In the State of Hate report I highlighted how a court of law in our country having heard the evidence presented to them including YouTube videos, ruled that Imam Shakeel Begg of Lewisham Islamic Centre “is an extremist Islamic speaker who espouses extremist Islamic positions” and “has promoted and encouraged religious violence.”  His speeches were “consistent with an extremist Salafist-Islamist worldview.”  Unsurprisingly CAGE also regularly gave him a platform to spread his hate filled and violent views.

Yet while claiming to uphold “the rule of law,” this apparently does not appear to apply to our judiciary system.

They claimed my report are “Daily Mail” smears yet not a single one of the 34 references I provided to Hope Not Hate, were from the Daily Mail demonstrating the lazy, lack of evidence based and smearing tactics repeatedly used by CAGE.  In fact the overwhelming references came from the words and statements by the groups themselves including CAGE.

The factual untruths peddled by CAGE don’t end there.  They wrote, I have an “authoritarian agenda,” a bizarre statement to make about me despite having repeatedly campaigned and called for democracy, secularism, universal human rights, women’s equality, opposition to blasphemy laws, freedom of expression and freedom of religion.  Maybe they perceive these values to be “authoritarian” unlike CAGE’s “principles” which include, as they told the Home Affairs Select Committee that they believe in establishing a caliphate, which could even resemble “some kind of United States of Islam” or “an EU” model.

Unsurprisingly, CAGE repeatedly sound like a broken record.  They claim our Home Office funded campaign Making A Stand is evidence of “nepotism” just because, as is widely known and is public knowledge, my sister works in the Office of Security and Counter-Terrorism based at the Home Office, doing vital work defending our national security.  Their claim of “nepotism” is a serious allegation of which they have provided no evidence of and which I will seek legal advice about.

They also claim a leaked document (published in the CAGE supporting Middle East Eye) “revealed” that Inspire’s Making A Stand (MAS) campaign was a Home Office project.  On Jan 3rd this year, Asim Qureshi of CAGE tweeted that Inspire ran a campaign called MAS – as we suspected…a product of the Home Office.”

Here again is a classic example of the deceptive propaganda and fake news peddled by our “brothers” over at CAGE.

a) The Inspire website itself makes clear that our MAS campaign was supported and funded by the Home Office – and not only that but as an organisation we were grateful for their support and assistance in being able to help educate mothers about the signs of radicalisation and how they can protect their children.

b) We gave evidence in 2015/2016 to the Home Affairs Select Committee where we openly stated that our campaign was supported by the Home Office.

c) In the book that I co-authored last year, I wrote about Inspire’s MAS campaign and the support we received from the Home Office.

d) But no according to CAGE, our MAS campaign was “secretive” and part of a “cohort propaganda” campaign. So secretive that it was widely reported in the press and the then Government – on the day of the launch, 24th September 2014 announced the Home Secretary’s support for our Making A Stand campaign on the Government’s own website.

Warning: this link is secretive; it is openly accessible by Google.

CAGE keep on insisting that Making A Stand was a RICU and Home Office product, as if Inspire chose to allow themselves to be passive conduits for the Home Office, rather than acknowledge this campaign only came about because of our initiation and desire to do something – having been particularly distressed at the horrific actions committed by ISIS – actions they claimed – carried out in the name of Islam.

Having been the ones who organised and delivered MAS, we unlike CAGE are in a position to talk about the facts of our campaign.  It was Inspire who approached the Home Office to see if they would be willing to support and fund OUR campaign, as more and more Muslim women approached us for support because of concerns around radicalisation.

Like many other Muslim groups, we were fortunate to eventually receive support. But to be absolutely clear, the content, messaging, the programme and the delivery of each and every programme was put together by Inspire based on our expertise, having spent the last few years delivering similar programmes to Muslim women across the country.

This maybe a difficult concept for CAGE to understand, but we worked in partnership with the Home Office and we believe partnership work in the field of counter-extremism is essential – whether with our government, schools, the police, NGOs, social media companies etc in order to counter extremism.  Knowing what we know about CAGE and their “principles” they are the least qualified to tell us how to deliver counter-extremism or counter-radicalisation work.

Inspire is incredibly proud of MAS, Muslim women clearly benefitted from our hard work.  Don’t take my word for it.  Listen to these attendees themselves.  But according to CAGE (and their supporters such as David Miller whose SpinWatch has received funding from UK based Muslim Brotherhood supporters and sympathisers) all this allegedly makes Inspire “not independent” and a “mouthpiece for the government” (despite Inspire having openly and repeatedly made clear our opposition to the government’s counter-extremism bill including when I gave evidence at the Joint Committee on Human Rights.)

Such a claim is nonsense.  If that’s the case then the thousands of NGOs who have received Home Office funding for decades in our country are neither independent and are all “mouthpieces of the government.”

But to then further suggest that because of this, HnH are now “being used as a vehicle of state propaganda” is bordering on lunacy even for the sanest of conspiracy theorists.  Our MAS campaign ended nearly two years ago.  We are not opposed to receiving taxpayers Prevent funds in order to counter extremism but as Inspire’s accounts will testify we have not received a penny for Prevent work from the Home Office or RICU since the end of MAS.

Inspire has been able to pay its staff because of the support of charities, funders and the generous donations made by the British public.  The idea that Inspire therefore and in particular HnH’s report is “government propaganda” is, for the record, further #fakenews and lies peddled by CAGE.

Which can only lead one to ask, which reasonable person, bar CAGE and their supporters (and of course ISIS themselves) would oppose our anti-ISIS campaign, label it as “propaganda(!)” and keep attacking it?  There is a reason for this. Having repeatedly assailed Muslim led CVE work and called such Muslims “native informants” they have openly demonstrated their opposition to CVE initiatives.

When, to most of us, it is abundantly clear that countering violent extremism both far Right and Islamist – which are both on the rise – is vital work, Asim Qureshi instead describes it as a “malignant cancer.”

But despite the smears, false news, deceptive propaganda that one reads so often in CAGE’s reports and blogs, this particular CAGE blog was unable to refute any of the claims that I had made in HnH’s State of Hate Report.

Not a single one.

So as a result the only steps they could resort to in their blog, is to attack me personally and misrepresent my views including the suggestion that I advocate the “conveyor belt to violence” theory and “buying into the alarming point of view that certain beliefs should be criminalised and ideas suppressed.”

Once again facts matter little to the folks at CAGE.  My own book makes clear that I do not subscribe to a conveyor belt theory; New Humanist magazine who reviewed my book only this week even acknowledges this point.

Nor have I advocated that ideas and beliefs should be criminalised or suppressed.  My work and writings over the last ten years is demonstrable proof of that. On the contrary, it is CAGE who attack the beliefs and views of Muslims, in particular CVE Muslims who do not subscribe to Salafi-Jihadism or their ideological victimhood worldview. It is they who not only seek to suppress our work, beliefs and ideas but paint us as a fifth column within British Muslim communities while crying “McCarthyism” when anyone challenges their beliefs and “principles.” 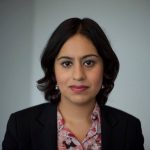 Sara Khan is co-founder and Director at Inspire.

One thought on “No CAGE, it’s precisely because Hope Not Hate challenge hate that you were included in their report”