It’s General Election 2017 and there is something deeply unsettling about some grassroots behaviour in regards to cultivating the ‘Muslim’ vote.

Targeting specific communities has been going on since time immemorial. Every vote counts so it is understandable that showcasing how one’s party will benefit that individual or community is a sensible political strategy. The challenge is the balance between the specifics and the universal. If one plays the identity politics game and solely focuses on micro matters then the wider macro issues of the economy, education, health and other issues can and do get overlooked.

This approach negates the understanding that many people have multiple identities, meaning they simultaneously view life through. As a working-class, Black, Muslim single parent female with dyslexia, how I feel, respond and what I place weight on will depend on the circumstances I find myself in. I do not have a dominant identity and if I had to prioritise one, class and gender would be the intersectionality gaze I would look through.

When I consider who I vote for, I weigh up who is offering the best package deal for the country, for the majority of the people as well as the particular subjects close to my heart. The idea of putting my personal faith above the needs of my country is an anathema to me. Muslims are not a homogenous group that live within a monoculture. One of the beauties of Islam is the freedom the faith allows for local culture to be woven in its practice.

Worryingly the black and white brigade who demand a literal one-dimensional Islam are out in full force. One organisation that launched a drive to engage Muslims is pushing some dangerous narratives and none more so then in that hotbed of political dysfunctionality — Bradford West. In what can only be seen as a witch-hunt, Labour MP Naz Shah is fighting a nasty campaign against her. 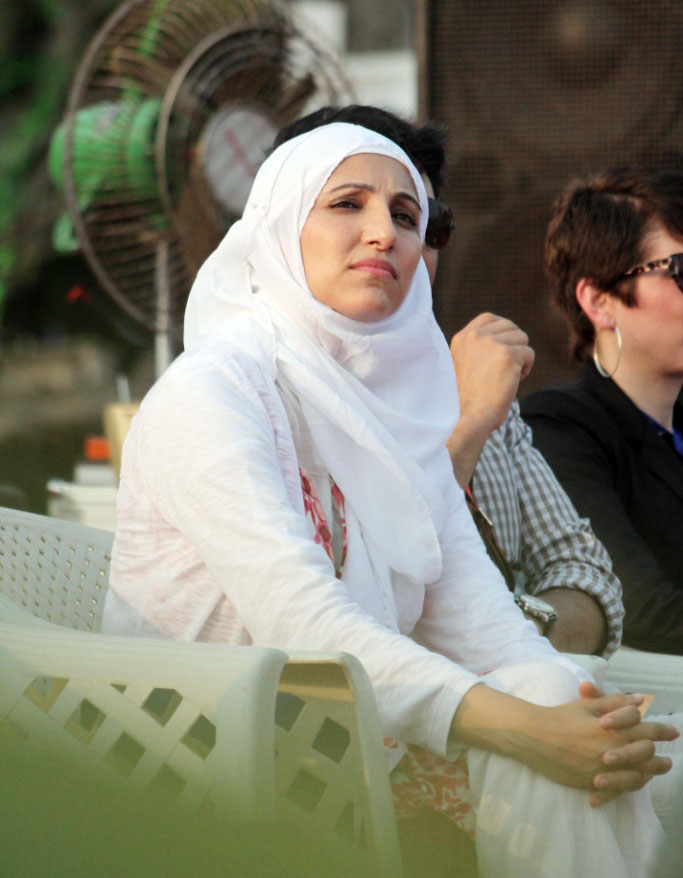 First, there is Salma Yaqoob, standing as an independent, and second is the unfolding of a personal campaign against Shah.

Going up against ‘Saint Salma’ (a common nickname from her supporters, I am told) seems to be vicious. Already there have been ‘tricks’ associated with the ‘George Galloway school of politics’. Legal threats, a veneer of humility and respectability while in the background some very shady characters lurk.

Shah has also been dragged into the Good Muslim woman vs Bad Muslim Woman debate — ‘good’ Salma vs. ‘bad’ Naz’.

The fetishsisation of head covering which some Muslims complain is the sole focus of the west is strangely enough what some Muslims focus on too. The inference, often explicit but rarely open, is Yaqoob couldn’t possibly have dubious intentions in standing because she is a pious head-covering woman. We ‘know’ women who wear hijabs don’t do anything wrong.

One of our basic freedoms is the space for people to standing politically, independently or for mainstream parties. Unfortunately there is a repugnant undertone that is about standing against women who are deemed not ‘good enough’. Other female, Muslim MPs in the country are facing a similar challenge. Curiously, there doesn’t seem to be the same commitment to stand against other MPs — Muslim males or otherwise.

If you believe your parliamentary representative is not delivering, then hold then to account on a set of criteria that is equal, transparent and accountable. Challenge on policy not personality. Yaqoob has been explicit in her support of Jeremy Corbyn yet has been warned by the Labour party to desist from associating with him. With no sense of irony, Yaqoob has stated, “I want to strengthen people like Jeremy Corbyn”.

There are no Islamic parties in the UK yet there is a drive which is pushing communities to vote based on faith first, country second. As a secular democracy this is frightening not least because there is a global rise in religious fundamentalism. One only has to look at Narendra Modi in India and Donald Trump in the USA to see great nations, being strangled with ever-narrow hegemonies.

One cannot claim victimhood and persecution yet at the same time demand provisions and special privileges based on the very thing you say you are being victimised for.

Jeremy Corby should robustly expose anyone who says they support him and stand against Labour candidates. Not doing so gives those independents a legitimacy that they have no right to claim.

I remember the rag and bone man of my youth, shouting for any old iron. Translate that to any old votes? We take any old votes and the already fractured left may just speed up the road to their gilded scrapheap.

Amina Lone is a trustee of the Henna Foundation and co-director of the Social Action and Research Foundation. You can follow her on Twitter.

One thought on “General Election: what is the colour of your X?”