Millions of Pakistanis voted in elections on July 25, resulting in victory for the leader of Pakistan Tehreek-e-Insaf (PTI), Imran Khan.

Polling day, in line with so many days in Pakistan, was marred by Islamist violence.  In the murky world of Pakistani politics, the run up to the elections was eventful, with allegations of pre-poll rigging, media censorship and the imprisonment of the former prime minister Nawaz Sharif on corruption charges.

As I watched all this from the safe distance of the UK, I could not help but wonder if Imran Khan’s achievement would be the election of Pakistan’s very own Donald Trump.

Before I say why, I must declare an interest. When I was 16 years old, my adoring parents indulged my aspirations of becoming a journalist by funding the publication of a lifestyle magazine for the Asian community in the north-east of England, where we lived.

The common religion of the times for those of sub-continent origin was cricket and this was to feature in my magazine. A number of international cricketing stars played in a match in Jesmond, in the  summer of 1982, including Imran Khan.

I interviewed cricketers such as David Gower, Derek Pringle, Madan Lal, Kapil Dev and Javed Miandad, who were uniformly gracious and generous with their time. I was most excited at the prospect of interviewing Imran Khan, a hero of mine at the time and heartthrob of so many young women of my generation.

I had approached Khan via a community contact who knew him well and asked for an interview. However, unlike his peers, I was out for a duck with the following dismissal: “I do not give interviews to nothing magazines or to children!”

The former Pakistani cricket captain and Donald Trump, it appears, have much in common. Both have married three times, were erstwhile playboys, have been accused by an ex-wife of controlling, abusive behaviour and extra marital affairs, claim to be ‘self-made men’ from elite, privileged backgrounds, have celebrity status, are courted by the media and have long-held political aspirations without any experience of having held public office — and both are populists.

Both men were dismissed as outsiders and deemed as not a risk to the political status quo. Their political campaigns were based on distancing themselves from the past and promising change whilst exploiting and rehearsing the prejudices of certain demographics in both countries.

For Trump this includes the alt-right and white supremacists and for Imran Khan this is playing to religious extremists and hardliners. The urban, liberal elite in both countries sees these ‘baskets of deplorables’ as the core support of these personalities.

However, this is to miss the degree of shape-shifting exhibited by both that is necessary to be the arch populists that they are. Their key similarity, it seems, is their narcissism.  Narcissists are prone to overestimate their abilities and are unconscious of their limitations – something both men are accused of.

Much has been written about Trump’s narcissism but it never seems to dent his popularity with his core supporters. This also appears to be the case for Khan, whose supporters have dismissed the allegations of drug-taking, fathering illegitimate children, extra-marital affairs and bisexuality in a controversial book written by his second wife Reham Khan,  published two weeks prior to polling day.

News of the book was making waves across Pakistani media as allegations of stolen manuscripts and salacious details of the book’s content filled the airwaves even before it was published. The book’s notoriety increased as a result of the free publicity of defamation claims being taken out by characters described in the book including senior politicians, media personalities, cricketers and Khan’s first ex wife, Jemima Khan.

I was eager to see what all the controversy was about and promptly read the book when it was released in the UK.  I applaud Reham Khan’s bravery and courage in speaking so openly about her experiences of domestic and sexual violence, challenging social norms and risking her reputation and possibly her life too.

Sadly, as was the fate for Tehmina Durrani who wrote about her abusive marriage to Ghulam Mustafa Khar,  it is the women who speak out who are vilified and ostracised for failing to adhere to codes of honour and shame.

However, there is much in the book I find problematic, particularly those parts relating to the PTI leader. I am not surprised by many of the claims Reham makes against Khan or those in power.  Whilst pointing to the hypocrisy of Khan’s public and private personas and the behaviour of his coterie, it is a missed opportunity to expose the real dangers his election success poses for the country and beyond, as a result of his support from religious extremist and hardliners. Khan is also the military candidate.

Reham Khan repeatedly accuses her ex husband of exploiting religion to secure support and yet, throughout her book and certainly in the section about her life with the ex cricketer, she is carefully cultivating the image of a pious, Muslim woman. Her practice is presented as ‘authentic’ and adhering ‘to a strict code of simplicity, as prescribed by Sharia’.

This is in contrast to Khan’s, which is presented as ‘falling in the sphere of bid’ah (heresy)’. Reham, too, is exploiting religion for her own cause and playing to the religious power base in the country.  At no point does she talk about the injustices meted out in the name of religion or by those in power against the people of Pakistan whom she and her former husband claim to care so much about.

It is Fatima Bhutto in a recent Guardian article who takes on the responsibility of pointing us all to the dangers of voting for Khan, a man who claims to stand for justice but whose actions do not support his words.

She writes that Khan:

Voted against the amendment to the Hudood Ordinances in the Women’s Protection Bill in 2006, which jail a woman for the crime of pre-marital sex or adultery. As a consequence, allegations of rape are nearly impossible to prove unless the victim can call upon four upstanding men who witnessed the exact moment of rape. Without those witnesses, it was often the victim, not the rapist, who found herself behind bars. The 2006 amendment not only did away with the requirement of four witnesses; it would have allowed a woman who said she had been raped to be taken at her word and given the right to file a police case and have a rape test administered in a hospital.

Bhutto and others have voiced concerns about Khan’s repeated defence of Pakistan’s heinous blasphemy laws, his remaining silence on attacks on minorities, his commitment to leaving the military’s gargantuan share of the national budget to remain untouched (thereby securing the support of the army), declared that “feminism degrades motherhood”, attracted an army of online trolls who send death threats to his critics and most recently welcomed the support of Fazlur Rehman Khalil, who founded the militant organisation Harkatul Mujahideen, and was reportedly an associate of Osama bin Laden and remains on a US terror watch list”.  Khan also welcomed televangelist and promoter of hate speech, Amir Liaquat, to join PTI.

Despite the claims in the book,  Khan will take the reins of power in Pakistan with the full support of religious hardliners and the army. Like Trump, his supporters will continue to ignore the claims in Reham’s book and from others, as they pin their hopes on a man who has promised them a future in which their voices will be heard.

Sadly, I fear Pakistanis and Americans who support these men will be disappointed again. But there is much more at a stake than a disappointed electorate. Pakistan is a country of massive strategic importance as various countries fight for control of Afghanistan, and China’s influence looms ever larger in the region.

Pakistan is also an incubator and exporter of Islamist extremism. Add nuclear weapons to this mix on the one hand and a dangerous, populist, Hindu leader across the border and the scenario becomes terrifying. 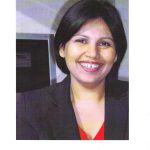 Yasmin Rehman is a feminist, human rights activist and researcher who has worked for more than 30 years on violence against women, race, faith and gender, and human rights. She co-edited a book, Moving in the Shadows, which examines violence experienced by minority women and girls in the UK. She is working on a second book looking at polygamous and temporary marriage and its links to violence and abuse of women and girls. She was awarded the Irwin Prize for Secularist of the Year 2017.