In the last few weeks or so, a fracas has unfolded in the UK media. Charlotte Caldwell, from Northern Ireland, had cannabis oil which was confiscated at Heathrow Airport, because it contains a psychoactive substance called tetrahydrocannabinol (THC – the psychoactive element in marijuana), high concentrations of which are illegal in the UK.

The reason she had the oil was that her son Billy suffers from severe epilepsy and a doctor in Northern Ireland had prescribed it for him in 2017 – the first time someone was prescribed this on the NHS.

However, the Home Office ordered the doctor to stop prescribing the medicine as it was a schedule 1 drug and thus illegal in the UK. However, lower concentrate versions of cannabis oil, which have less than 0.05% of THC are legal and widely available in the UK.

The Caldwells then went to Canada to get the drug and it was on their return that the six months’ worth of cannabis oil was confiscated.

Billy suffered two seizures and after a relentless campaign from his mother, the cannabis oil was returned to the family, subsequent to the intervention of Home Secretary Sajid Javed. This also led to Alfie Dingley being allowed the oil for similar seizures.

In March this year, there was another news item regarding a petition by the mother of another epileptic boy to legalise cannabis oil.

All of this has resulted in a flurry of activity to review legislation regarding the use of medicinal cannabis oil. But the misplaced war on drugs still casts a long shadow and it seems that there is still a long time to go for recreational marijuana to be legalised in the UK, although it is being done in other countries. 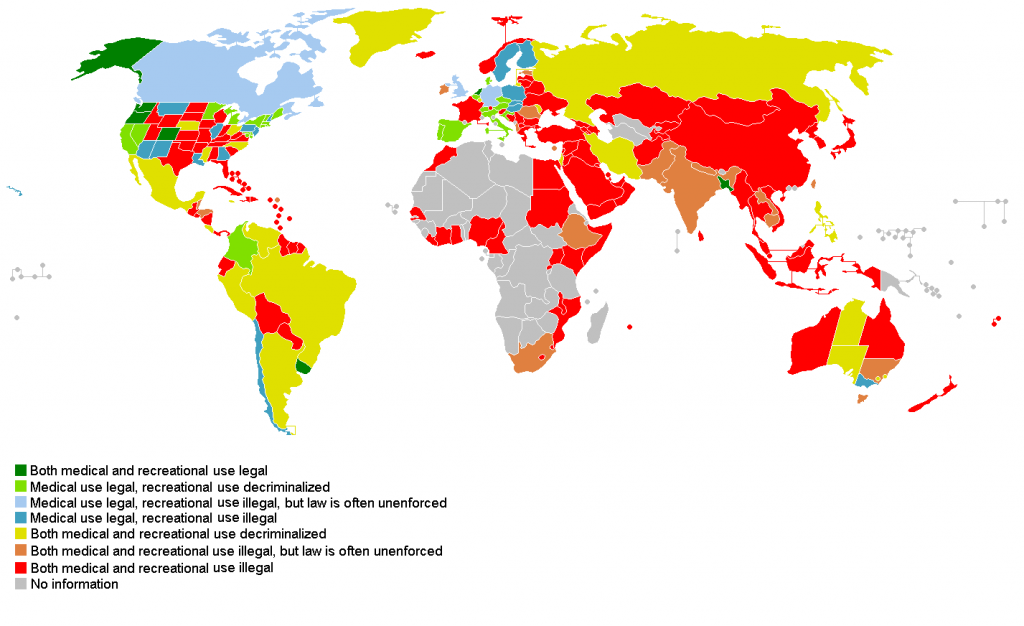 The UK’s prime minister and her team really need to look into this erroneous law and take steps to legalise medical marijuana and other cannabis products immediately. There is now increasing evidence to show that it has benefits for various medical conditions including epilepsy and multiple sclerosis.

Easily available, NHS-prescribed THC would mean that people would not have to go through unnecessary problems to obtain a drug to treat serious ailments and would not have to depend on dodgy sellers on the internet.

The UK also needs to get over its love affair with the archaic war on drugs and legalise marijuana for recreational use as well. Marijuana is a widely sold product and the war on drugs clearly has not done anything to decrease its use.

The law against it has only created problems for people with medical issues, who desperately need it, and the only people who actually benefit from this law are drug dealers who can ask for high prices and can sell defective products.

Legalising it would mean that it is regulated, just like tobacco and alcohol. This would result in revenue for the government in the form of taxes. The Adam Smith Institute has said that it could be worth £6.8bn to £1.05bn a year to the Treasury. It would also mean that the number of people incarcerated for cannabis-related crimes, who are costing tax payers approximately £50m per year, could drop.

All over the world, it is now being increasingly accepted that marijuana is less harmful than tobacco, that it has medicinal benefits and that the laws against it have served no purpose. Smart governments are taking control, legalising, and regulating it to make sure that it is kept away from underage users, to reduce related crimes and to make dealers ineffective. This is one bandwagon the UK needs to get on – and legalise it!

Saima is a is an environmental management, environmental economics and climate change consultant based in the UK. When she is not working on adaptation and mitigation strategies, she writes about religion, feminism, politics and secularism. She is a staunch advocate of science education, in particular astrophysics. Follow her on Twitter.