Thousands of people gathered in Paris on Sunday October 18 to pay tribute to Samuel Paty, the history teacher who was brutally murdered for showing Charlie Hebdo’s Mohammed cartoons in class.  The protests were as much a display of unity in the face of collective grief, as they were a defence of freedom of thought and freedom of expression.  Regardless of the background of these protesters – Algerian, Tunisian and Moroccan flags were being waved with pride – these values lie at the heart of what it means to be French.

Nearly six years after the original Charlie Hebdo massacre, and just weeks after two were injured in a knife attack outside its offices, freedom of expression remains a contentious topic within diaspora Muslim communities across Europe.  Of course, violent attacks are (mercifully) rare and are roundly condemned by most religious leaders in the West.  But equally, it is hard to find a wholehearted defence of freedom of expression in wide swathes of Muslim communities.

Last month, a friend interviewed three British Muslims for the “About Islam” website on the republication of the Charlie Hebdo cartoons.   They all said something along the lines of, “The cartoons should be ignored.”  An innocuous response, you might think.  But scratch the surface, and none of them thought the cartoons should have been published.  Descriptors like “provocateur,” “offensive,” and “highly embarrassing” were used to describe the cartoons and their creators and publishers.

When my friend posted the article to his Facebook page, it was only myself and one other person who unequivocally defended the right to publish caricatures of historical religious figures (including the prophet Mohammed).  A few people tried to fudge the issue by raising Nicholas Sarkozy’s lawsuit against Charlie Hebdo, for cartoons which drew complaints of antisemitism.  But there is a huge difference, in legal terms, between writing that a living individual married a Jew for power and money (which could feed into classic antisemitic tropes) and drawing a cartoon of a long-dead historical figure.  Legitimate limitations of freedom of expression can be found here in Article 10(2) of the European Convention of Human Rights:

“The exercise of these freedoms, since it carries with it duties and responsibilities, may be subject to such formalities, conditions, restrictions or penalties as are prescribed by law and are necessary in a democratic society, in the interests of national security, territorial integrity or public safety, for the prevention of disorder or crime, for the protection of health or morals, for the protection of the reputation or rights of others, for preventing the disclosure of information received in confidence, or for maintaining the authority and impartiality of the judiciary.”

The only content-based restrictions applied by the European Court of Human Rights have related to the promotion of racism and Nazi ideology, Holocaust denial and incitement to hatred and racial discrimination.

These limitations do not extend to depictions of historical figures, whether serious or caricatures.  In fact, satirical expression has been granted special protection by the European Court of Human Rights.  Whether it’s any good or not – and Charlie Hebdo’s critics are keen to stick the knife in here – is besides the point.  Satire is a form of artistic expression and provides much-needed commentary on controversial issues.  Due to its inherent features of exaggeration, it aims to generate spirited debate and discussion.  This is why courts are, rightly, reluctant to interfere with satirists’ freedom of expression.

The British judge Sedley LJ famously said in his ruling on the landmark Redmond-Bate case:

“Free speech includes not only the inoffensive but the irritating, the contentious, the eccentric, the heretical, the unwelcome and the provocative provided it does not tend to provoke violence. Freedom only to speak inoffensively is not worth having.”

At least one French court has ruled in favour of Charlie Hebdo on this point.  Back in 2007, the Grand Mosque of Paris took legal action against Charlie Hebdo for publishing other cartoons of the prophet Mohammed.  The court found that it was Islamist extremists who were being mocked in the cartoons, not Muslims in general: the image of Mohammed with a bomb strapped to his head was designed to ridicule all those who invoked Islam when committing heinous acts.

The court continued that even though the image could be viewed as offensive on its own, it had to be seen in the wider context of the magazine and its aim to challenge all forms of religious fundamentalism.  Crucially, they found that there was no intention to cause harm or offence to all Muslims.

The barbaric killing of Samuel Paty is an extreme manifestation of a mentality that seeks to defend the prophet Mohammed’s “honour” at all costs.  But make no mistake.  The rot runs deep.  All each of us can do is continue to make the case for freedom of expression, within its actual legal limits, and how it benefits us all. 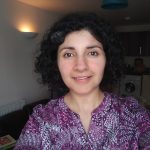 Tehmina Kazi is the Development Officer at Why me?. She is responsible for the development of restorative justice with communities and individuals affected by hate crime in Greater London. From 2009 to 2016, she was the director of British Muslims for Secular Democracy. She has also completed project work for English PEN, the Equality and Human Rights Commission and the People’s Vote campaign (on the impact of Brexit upon BAME communities). Tehmina is a freelance trainer for the OSCE on Freedom of Religion or Belief, and sits on the OFSTED Advisory Board on Counter-Extremism. She has written for a wide variety of publications including the Guardian, Open Democracy and Sedaa.
Share List
Liked it? Take a second to support SEDAA - Our Voices on Patreon!