After France, Belgium, The Netherlands, Bulgaria, Austria and the German state of Bavaria, Denmark has become the latest European country to ban full veil in public places.

The veil, or niqab, is the attire mostly worn by ultra-conservative Muslim women. The ban has been criticised for being an infringement on Muslims women’s right to practice their religion.

The Danish government, however, claimed that it is neither religiously motivated nor an infringement on Muslim women’s rights.

Nevertheless, the law has once again stirred up debate about the western governments being accused of interfering in Muslim women’s wardrobe when it is specifically aimed to ban the masking of the face.

Muslim women, by all means, would be free to wear other attire they want, but be obliged to show their face in public places for security reasons like any other Danish citizens. The whole situation has allowed some Muslims to claim that they are being discriminated in the West, which actually holds no water.

The debate mostly revolves around Muslim women’s right to wear niqab, burka or hijab prescribed by an ultra-conservative tradition but not rooted in the religion.

It is rather an offshoot of an extremist interpretation of the religion which sees a woman as a sexual object and a source of sinful behavior among men.

On the contrary, the Quranic concept of veil is mostly used metaphorically to draw distinction between good and bad. Men and women are both told to lower their gazes, and to cover their private parts.

There is guidance given to Muslim men and women on dressing modestly, which has been translated and later executed in the most discriminatory way, such as men being able to wear all sorts of outfits they want, whereas women are obliged to cover themselves completely.

This is the fundamental reason why many Muslim women started to spurn the niqab/burka/hijab to claim their individuality in highly conservative communities.

Huda Shaarawi was an Egyptian woman who founded the first philanthropic society run by Egyptian women in 1908.  The purpose behind setting up such a society was to challenge the concept of women being inferior to men and the need to be protected.

As she disembarked from a train in Cairo in 1923, she defied the very notion of confining women in complete veils by publicly throwing off her burqa in protest.

Since then Muslim women – both in the East and West – are conspicuously fighting against the very attire which is meant to make them invisible; progressive Muslim women protesting their grievances while defying radical interpretations of modesty.

Seyran Ates, a German Turkish-born lawyer and a women’s rights activist, has built a mosque which welcomes people from all spheres including homosexuals and the most marginalised communities in the Muslim world.

Her mosque is also a form of defiance against conservative Islam and she has also rejected the notion of full veil by discouraging women to show up burqa-clad.

“No one will come to our mosque with a niqab or burqa,” Seyran Ates had clarified as she believes “the full veil ultimately has little to do with a religion but is a political statement.”

She eloquently took on the stereotypes aimed to make women invisible from the public sphere, inviting harsh criticism and death threats from extremists.

The same display of resilience is seen in the streets of Iran, where Iranian women are campaigning against enforced hijab in every possible way.

They are labelled as Western stooges by some of their fellow citizens and arrested on the accusations of being traitors and rebels. Even the regime’s continues efforts to dismiss women’s rights to live with dignity couldn’t shake their determination. 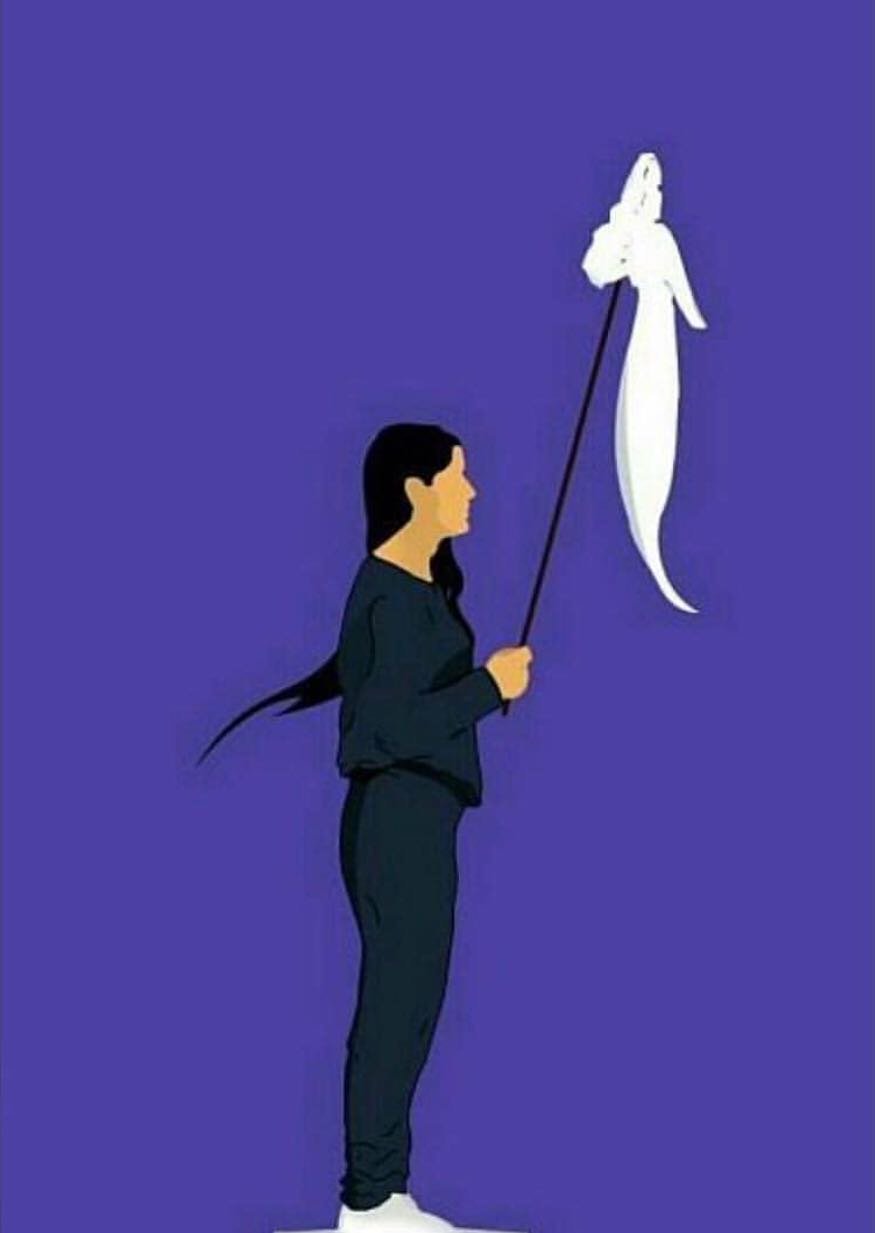 Ironically, in the West radical Muslims and their apologists have chosen to fight for the protection of the same attire, undermining the struggle women made against this regressive practice across the Muslim world.

Given the facts, the burka ban in the West could be a sigh of relief for many Muslim women who are forced to adopt an overtly pious lifestyle to look more Muslim than required.

So it is strange that when the Saudi crown prince Mohammed bin Salman announced the historical decree allowing women to drive, suggesting women need not cover from head to toe and the move to reopen cinemas, it was applauded by the world.

It is a sad reality in the west that Muslim women have been pushed to adopt a single version of Islam that dictates each and every movement of their body.

Muslim women are portrayed in the liberal West through an image imported from totalitarian regimes such as Saudi Arabia and Iran.

And those who dare challenge this portrayal of burka-clad Muslim women are demonised and silenced by the ultra-conservative Muslims and their supporters.

For instance, an article published in a left-wing newspaper states that famous Muslim reformists Asra Nomani and Irshad Manji espouse the ideas purely based on ‘Islamophobia’.

In reality these brave women are trying to present moderate interpretationsw of their religion by withstanding extremism.

It is this void of silence and connivance created by the ‘liberal’ fringe that the writer conveniently accused such progressive Muslim women of Islamophobia without providing any shred of evidence.

This trait of taking front row in supporting freedom of speech but turning a blind eye to the growing intolerance toward Muslim women is discouraging dissent within Muslim communities.

The right to spurn hijab, niqab or burqa seldom comes under discussion and is broadly brushed aside with the pretext of ‘Islamophobia’.  This imperils many Muslim women who are defying restrictions placed upon them.

For instance, in 2011, Muhammad Saleem slit his daughter Hina Saleem’s throat 28 times for adopting western life style in northern Italy. He pleaded that he saved his family’s honour by killing her in cold blood. The whole family helped Mohammad Saleem to bury her in his back yard.

Another Muslim teenager girl was threatened for twerking publicly in the streets of Birmingham, Britain while wearing a hijab. She was harassed and forced to make a public apology on internet by British Islamists.

There is hardly any discussion to address the vile practices of parents forcing their kindergarten-going daughters to wear the hijabs, FGM, forced marriages, full-veil and intolerance toward the modern world.

These are the few reported incidents and there is no precise number that can reveal how many victims there actually are, because this has never been a priority for the authorities.

The culture of pampering extremists in the name of religious freedom is only making them push their women and children to the wall. The idea is simply toxic for progressive Muslims and their efforts to raise their voice against extreme practices.

If not protected, the extremists will manage to obliterate a vast number of reformists by making them either silent or compliant to their cause.

The ‘liberals’ seem to brushing aside the bitter truth that it’s the ultra-conservative mores and traditions, which are fodders for violent tendencies amongst people.

And it is the apologists who would be serving as accomplices if the extremists were to take over Islam and subjugated their women and marginalised Muslims.

2 thoughts on “Is the Danish ‘burqa ban’ an infringement on Muslim women’s rights?”